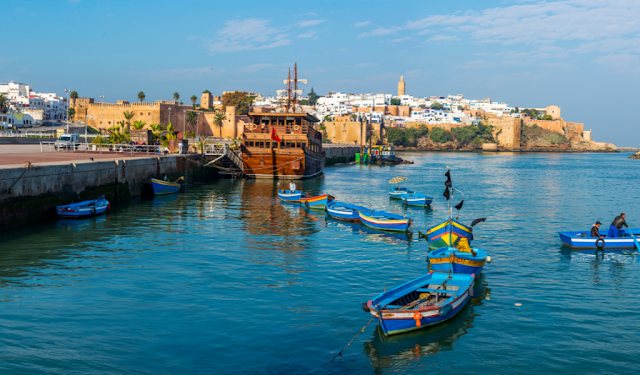 Located on the Atlantic coast, Rabat is the political and administrative capital of Morocco and the second-largest city in the kingdom. The imperial city was listed in 2013 as a UNESCO World Heritage Site, it was founded in the 12th century by the great Almohad sultan “Abd al Moumen“, whose ribat (a religious and military camp comprising a citadel and immense ramparts) was nothing less than the starting point of the Arab incursions into Spain: from then on, the Muslims who settled in Andalusia made the golden age of the city by giving it a leading commercial and artisanal role. At the beginning of the 20th century, however, it was only to a small town of 25,000 inhabitants that Marshal Lyautey entrusted the status of the political and administrative capital of the French protectorate.

Benefiting from an oceanic climate, the place is the antithesis of what one can imagine when one thinks of the cities of the Maghreb: the thermometer rarely exceeds 25° C during the summer, which makes it an ideal city to visit for Europeans unaccustomed to sweltering temperatures. But Rabat is also a striking contrast: that of an urban and trendy metropolis displaying an impressive list of monuments, and cultural and heritage sites that will be very pleasant to contemplate.

Wondering what to do in Rabat during your stay? Here is the answer to our 7 essentials to visit Rabat and taste its pleasures without missing a beat!

1. The Kasbah of the Oudayas: 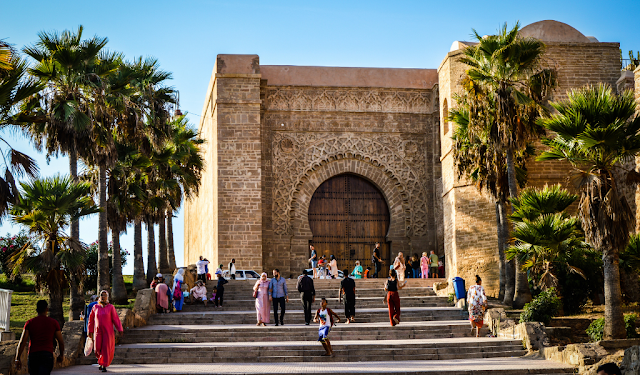 The Kasbah of the Oudayas is a former fortified military camp, built in the 12th century, and is now listed on the UNESCO World Heritage List. In particular, there is one of the first palaces built by the Alawites, the royal dynasty, still reigning today. 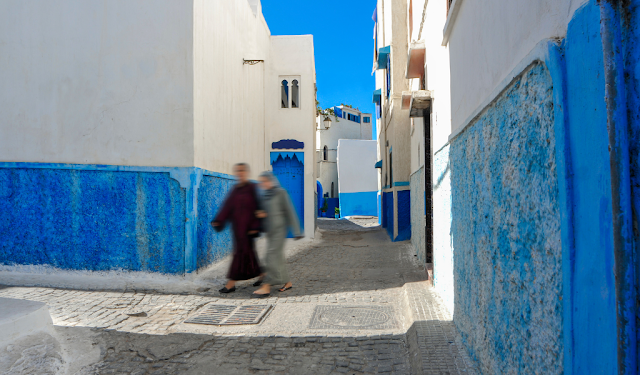 After having entered the Kasbah by one of the massive gates acting as grandiose guardians of the place, one lets oneself be captivated by the small bluish alleys with walls covered with lime, the astonishing silence contrasting with the frenzy of the modern city center and the reigning tranquility. In the place. Many guides will help you understand this place steeped in history: if you don't know what to do in Rabat, don't hesitate, to go to the Kasbah.

Moreover, if you are not staying in Rabat, know that it is possible to go there to discover all its historical wonders such as the Kasbah. Departing from Casablanca for example, for a day, take advantage of a complete guided tour that will immerse you in the heart of the capital!. 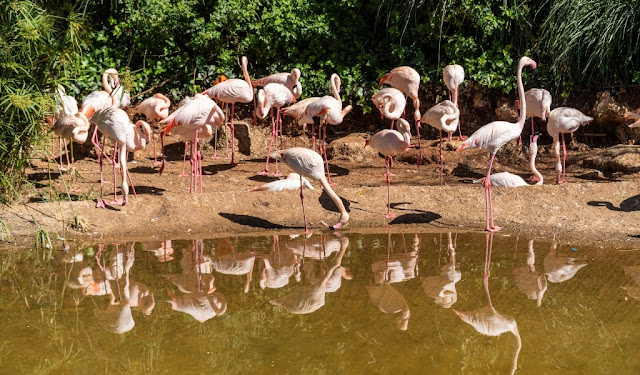 A zoological garden is a popular place not to be missed when you come to visit Rabat: it holds the largest number of Atlas lions in captivity and forms an artificial biotope sheltering more than 130 animal species native to the Atlas mountains, the typical desert of North Africa as well as the Savannah. An interesting visit for the family!.

3. The Museum of History and Civilizations 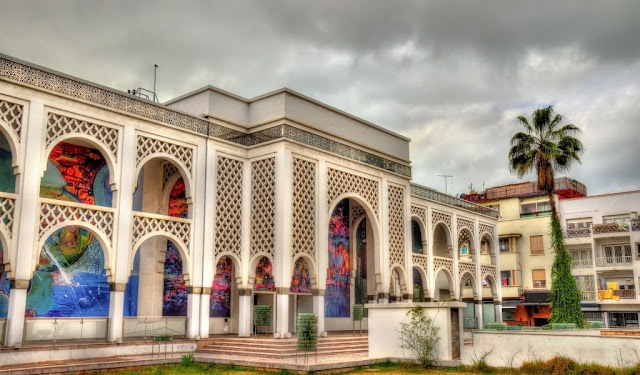 Formerly known as the "Archaeological Museum", the Museum of History and Civilizations bears witness to the rich history of Morocco from prehistory to the Islamic era and presents ancient objects from excavations, as well as descriptions of extremely detailed images of the ancestral way of life of the tribes of the Maghreb. For a ridiculous sum, you will be able to admire the tools of prehistoric men, statuettes from the Neolithic era, such as Roman deities, ceramics, vestiges of the Dawn of the Muslim era; the bronze busts of Juba II, and the great Cato, the famous statue of the crowned Ephebe, or even the dog of Volubilis. 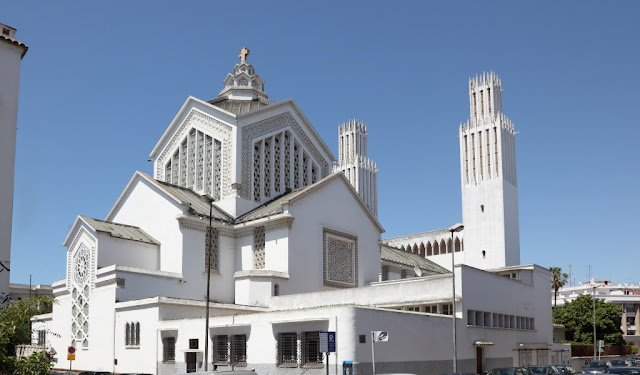 Built-in 1930 in the Hassan district, on Golan Square, Saint-Pierre Cathedral is the seat of the Archdiocese of Rabat; Morocco has always seen the different religions of the Book cohabit in peace, and it is therefore quite naturally that Christian and Jewish religious buildings found their place within it. What is more surprising is to visit Rabat and come across a cathedral built in the purest Art Deco style: it's very particular geometric shape and its immaculate whiteness is reminiscent of snow crystals! It is possible to visit it, and the interior is just as surprising.

Created on the initiative of Marshal Lyautey in 1914, the purpose of the botanical trial garden was to highlight more than 250 fruit trees and ornamental plants from various regions of the world.

Today, this ecological micro-system in the heart of the city is home to an impressive collection of cacti, and it is fun to come across many birds that have come to take shelter in the trees bordering the shaded paths of the park! Although it is never very hot in this Moroccan city, thanks to the presence of the nearby ocean, it is nevertheless pleasant to enjoy a walk in complete serenity in the green paths of the park; a must for those who are still looking for what to do in Rabat. 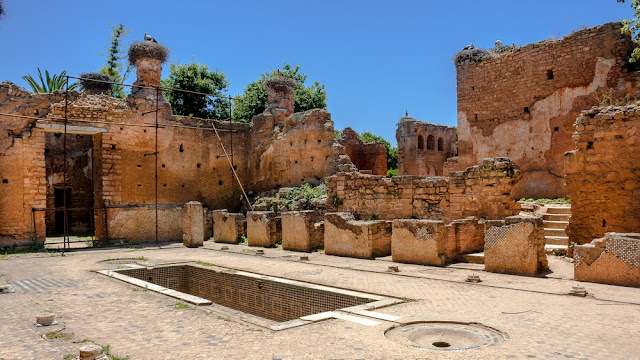 Located on the site of the ancient Roman city of Sala Colonia, 2 km southeast of the city center, the Chellah necropolis is considered by all travelers who come to visit Rabat as a place full of mystery and... the most romantic place in the country.

It offers a splendid view of the Bouregeg River, and, although a few tombs present inside the site now serve as landmarks for storks and other birds, the remains of this necropolis are anything but gloomy! Many locals come here for a walk at sunset, strolling through the ruins of this ancient city. A must for travelers… And lovers, looking for what to do in Rabat. 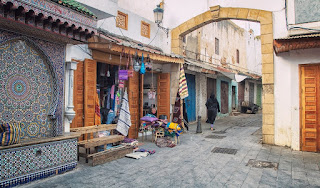 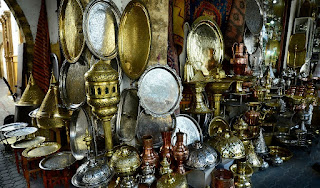 The latter takes place on the Street of Consuls and leads to the Kasbah of the Oudayas; although it is not as majestic as that of Marrakech or the Medina of Essaouira, it still serves as a significant stopover when you come to visit Rabat! It extends over more than a kilometer and, an important detail that will appeal to the most dazed: the absence of winding streets will prevent them from getting lost like in Marrakech, for example, where dozens of tourists struggle to find their way!

How to get to Rabat?

Rabat-Salé Airport is a Moroccan international airport located in the town of Salé, just 8 km northeast of Rabat: it welcomes international flights. It is therefore easy to land as close as possible to your destination to come and visit Rabat.

Once there, it will be easier to rent a car: for a modest price, this will allow you to move freely without depending on buses and taxis, which are not always easily available or comfortable! Otherwise, you can always opt for an airport/Rabat transfer: a private driver will pick you up at the airport to drop you off at your accommodation.