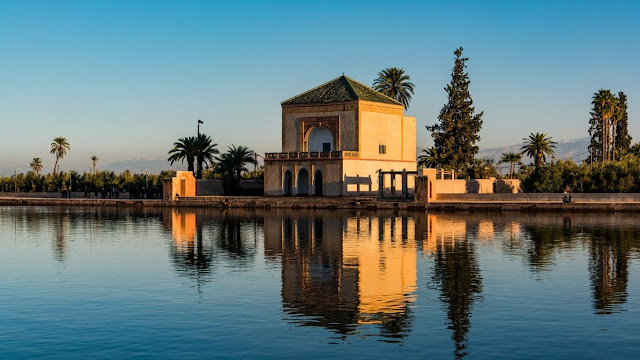 It is incredible that, although Morocco is next to Spain, it is the last destination we think of when organizing our holidays. Is it precisely the proximity of the two countries that pushes us into this situation? Or the number of misconceptions we have about our neighbors? I am going to expose you some truths and lies about traveling to Morocco so that you can judge whether or not this country is a memorable destination.


1. Morocco is reduced to Marrakech


Marrakech may be the most visited city in Morocco, but it is not the Maghreb country on its own. In fact, we can mention cities like Casablanca, Meknes or Fez, the latter being much quieter than Marrakech, or, if I dare say, more interesting for the traveler. We can add Essaouira to this list, a small coastal town that overflows with authenticity through all its pores.

And I will not forget the incredible route of the kasbahs, which takes you into places as incredible as the ksar of Aït-Ben-Haddou, the kasbah of Taourirt or that of Télouet.


2. It is dangerous to drive in Morocco


FALSE (that said, you have to be careful)


The subject of driving in Morocco is a bit tricky. Frankly, I would say that this is precisely not a quiet activity. However, I also cannot say that it is impossible or dangerous to drive, especially if we take into account the fact that the majority of travelers rent cars to make the roads in the southernmost area of the country, including the famous road of 1000 kasbahs that I mentioned earlier. These areas are much quieter about this than the cities. So you won't have any problems if you respect the driving rules and speed limits – in Morocco, there are speed cameras on every street corner.

All the same, you have to be careful when driving, because it is likely that you will come across people (or animals, even) walking on the sidewalks, a lot of radars, trucks traveling at low speed ... and many other factors that make driving a little different from what you're used to.


3. The food is delicious


There is nothing as true as this statement when talking about Morocco. This country has one of the most succulent cuisines in the world. Hard to believe? Well, try couscous, a species of semolina that is often eaten with vegetables, or Tagine, a dish that takes its name from the container in which it is cooked – it is often made from chicken or lamb and is accompanied by ingredients such as vegetables, dates, blackberries and olives. The latter is one of the most typical and eaten dishes, not only because it is delicious, but also because it is served in most restaurants and the price is usually correct.


4. It feels like you're being "suffocated" by the vendors


Certainly, we can say that going deep into the Medina of cities like Marrakech can be quite an adventure, since it is commonplace to answer "No, thank you." to vendors who offer you all kinds of things, but from the moment you abandon the most touristic areas, or you move away from the city, the panorama changes completely. Even in cities as large as Fez, the insistent pressure of vendors takes a back seat and lets you enjoy pleasant walks in the souks without you feeling harassed.

I recommend that you already get used to this idea in cities like this and always consider it as an anecdote. Otherwise, you will end up feeling rushed and, therefore, overwhelmed by most merchants.


5. Sleeping in a Riad is a one-of-a-kind experience


The word "Riad" means "garden" in Arabic. It is a type of house built around a patio that houses a garden and around which are distributed the living rooms as well as the common areas. This patio, which is usually the center of construction, is adorned with mosaics and plants. Many times, there are fountains, which refer to water, another symbol of this type of housing.

In addition to being exquisitely decorated, the Riads are very comfortable, and the hosts are, in general, much friendlier, warmer than in hotels. They are therefore a perfect accommodation possibility if you are going to Morocco.

If you have the opportunity to spend at least one night in a Riad, seize it without hesitation. I guarantee you won't regret it.


6. It's worth spending a night in the desert


There is nothing as impressive as spending a night in the desert, under a Khaima (tente), surrounded by myriads of stars, enjoying a traditional dinner. That said, I suggest you try to avoid organized and more touristy tours. It's much more exciting to have this experience in a small group.


7. It is dangerous to travel to Morocco


Nothing could be further from the truth. Morocco is a very safe country, as safe as Spain can be. So you have no reason to pay much more attention or much more common sense than you had to in a city here.


8. Morocco is a perfect country to travel by car


Despite everything, you could read and as I told you earlier, driving in Morocco is not dangerous, at least, not as much not to take a car ride there. Ok. I advise you not to use this means of travel in large cities, but you can very well use it to make, for example, the route of the kasbahs and get to the gates of the desert, because you have much more margin of schedules and movement.


9. It's always hot in Morocco


To see what the temperatures may look like, you only have to go to the Moroccan Atlas in the middle of winter. What's more, it often snows in this area. So, if you plan to travel by car, you will have to check the condition of the roads, because they are closed many times.

It is the same in other areas of the country, such as Fez, if you go there in the middle of winter. Do not think that you will be able to walk around in a shirt, tank top or any other garment with straps or sleeveless. Instead, take winter clothes – sometimes, depending on the month, you end up below 10 °C.


10. Morocco is a destination


You have no idea how impressive this country is, how many beautiful places you could know and how warm its people are, but I warn you, we get hooked: get ready to go back. In this case, always do it by carrying the local currency, the Moroccan Dirham, which will allow you to enjoy the country.

However, neither can I say that it is impossible or dangerous to drive, especially considering that the majority of travelers hire cars to drive the roads in the southernmost area of ​​the country, among which the famous road of 1000 kasbahs that I mentioned earlier.