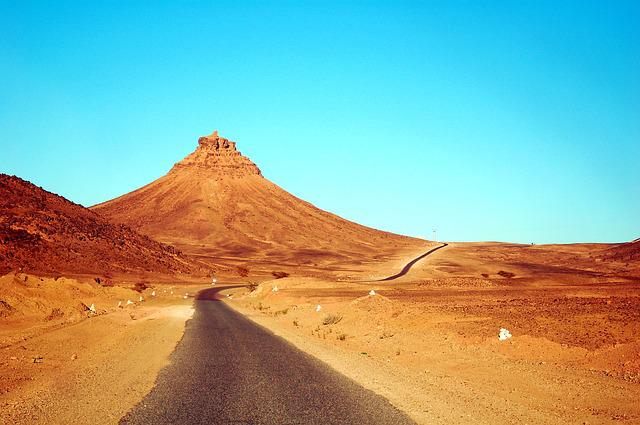 Morocco has a rich history that rivals that of any other country in Africa, Eurasia, or the Americas. The Moroccan highlands and interior were populated with Libyan and Ethiopian settlers named Barbaroi when man first learned that stone made superior tools to twigs in various regions of the world. Phoenician trading posts developed in the ports of Chellah (Rabat) and Tingis not long after (Tangier). Morocco has a long and fascinating past that should not be overlooked.

The Sahara Desert used to be a riot of plants and species, as well as hunter-gatherers. These first humans were among Morocco's earliest ancestors. Archaeologists have also discovered that in the Stone Age, Morocco was flooded with people from as far away as Egypt, Algeria, and Libya.

Any attempt to take over Morocco's interior was thwarted by these early settlers, who are now known as Berbers. When the Romans arrived a few years later, the Moroccan Berbers amazed everyone by surviving the occupation. Despite the fact that the Romans conquered much of Morocco's exterior, the Rif and High Atlas Mountains remained unspoiled for centuries. When the Vandals and Byzantine forces conquered Morocco, the interior—the Berbers of the High Atlas Mountains—remained united and unstoppable.

The Moroccan Berbers were not Islamic when Islam arrived in Tunisia around 650 AD, or when Moussa Ibn Nasr brought it to the Moroccan lowlands. Many more Moroccans, formerly Christians and Jews, converted to Islam before the country—and the Berbers with it—were unified under the massive religion of Islam that exists today. Much of Morocco was dominated by Arabs under the reign of Moulay Idriss II. With the establishment of Fez as a powerful metropolis with trade lines winding through it and the renowned Kairaouine University, Arab influence became inexorable.

Morocco was ruled by dynasties that came and went. Morocco's sovereignty saw innumerable hills and valleys, from the Almoravids, Almohads, and Merenids to the Wattasids, Saadians, and Alaouites. From one ruling force to the next, the country changed hands. Power disputes seemed to be the norm even in the twentieth century.

Morocco was colonized by the French in the early 1900s. France's hegemony expanded as a result of a similar model being employed elsewhere—even in Tunisia and Algeria—despite the fact that they shared various portions of the country near the Atlantic and Mediterranean with Spain. France made a wise decision by granting (some) mountain Berber leaders and tribes autonomy. Rabat and Casablanca were transformed into administrative capitals in the French model. Sidi Mohammed ascended to the throne of Morocco in 1956 after surviving a world war and various internal and international conflicts. Spain retains possession of Sebta and Melilla on the Mediterranean coast to this day.

Morocco has excellent links with the rest of the globe nowadays. King Mohammed VI, the country's king, has a number of ties and affiliations with both the Arab and Western worlds. Despite the fact that Western Sahara remains a source of controversy, the current monarch handles pertinent matters, which will hopefully aid Morocco's entry into the modern world as a contender in the global economy and market.

Morocco excursions and tourism are on the rise. Because the number of tourists is increasing, the country will soon experience unavoidable (and possibly more western) transformation. Morocco should be visited as soon as possible to better grasp how old traditions are blending with contemporary ways of thinking and doing.