Turkey has 15 UNESCO World Heritage sites throughout the country, and has been home to ancient civilizations from the Neolithic Age and beyond. While there are countless sites to visit that would take any savvy world traveler at least 6 months to discover, we’ve compiled a list of the most accessible historical destinations that can be visited with blue cruise Turkey tours.

Formerly known as Constantinople, Istanbul is a treasure trove reminiscent of ancient times from Byzantine churches to Ottoman palaces to traditional Turkish cuisine. The world-famous Sultan Ahmet area is the place to visit the Blue Mosque, Hagia Sophia, Basilica Cisterns, and the 61 covered streets with over 3,000 shops of the Grand Bazaar. 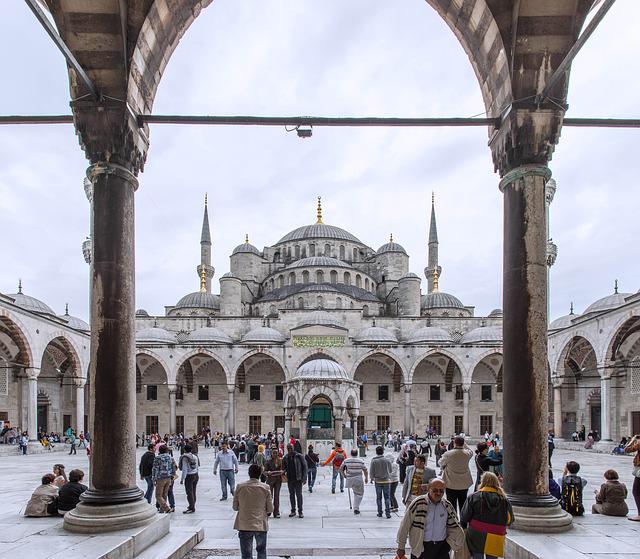 Enjoy afternoon tea at the luxurious Ciragan Palace Kempenski Hotel to feel like royalty as you soak in the views of the Bosporus while nibbling on high-class finger food.

Stay at the museum hotel Pera Palace located in Beyoglu. Built in 1892 for passengers traveling on the Orient Express, the long velvet drapes, and wine-colored chairs will make you feel as though you stepped back in time.

Built in the 10th century BC, the city of Ephesus prospered after becoming part of the Roman Empire in 129 BC. Be sure to pack a bottle of water before heading into the expanse of ruins from past civilizations. The historical area of Ephesus was named a UNESCO World Heritage Site in 2015.

The 24,000-capacity theatre is thought to be the largest outdoor theater in the ancient world. Peering down the dimly lit hallways under the theatre brings to life images of gladiators awaiting their death or if lucky, victory.

It is easy to recognize the Library of Celsus from the numerous images in guidebooks. Once holding nearly 12,000 scrolls, the edifice gives the illusion of a grand library when in fact it was quite small inside.

Perhaps the most famous stop in this area is Meryemana, or the House of the Virgin Mary, which attracts worshippers and admirers from around the world.  Built in typical Roman style, the humble home has been visited by two previous popes.

Hierapolis was recognized as a UNESCO site nearly 30 years ago and has become one of the most popular destinations in Turkey in recent years. One of the best-preserved cemeteries in Turkey, the necropolis full of stone sarcophagi extends 2km beyond the city walls. The first known use of a crank and connecting rod mechanism used in sawmills was discovered here based on a relief carved into the sarcophagus of local miller Marcus Aurelius Ammianos.

Stand atop the entrance of the Roman theatre-possibly built after the devastating earthquake in 60AD- to view the lands across the plains and towards the calcium travertines of Pamukkale. 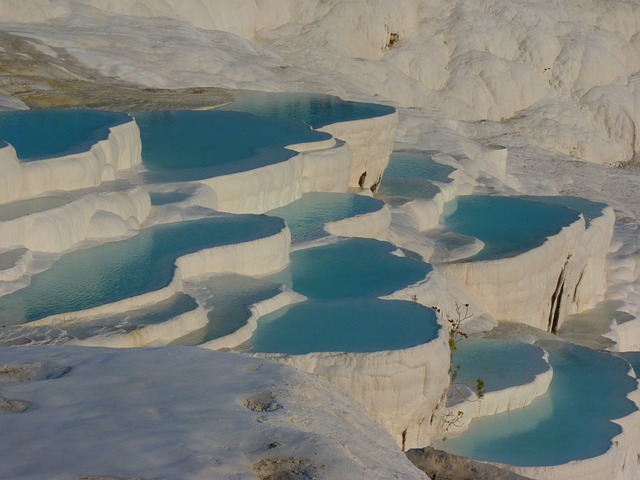 After a long walk through the ruins of marble columns and numerous temples dedicated to gods of the past, learn more about the history and view statues from the old city in the Archaeology Museum.

Now it’s time to relax in the thermal waters of the antique pool surrounded by what remains of the Roman Temple of Apollo. Stroll down through the numerous warm water pools that have been used for healing purposes since the 2nd century BC.

Located in Adiyaman province in Eastern Turkey, the UNESCO Historical Site of Mt. Nemrut is a mystical area that attracts thousands of history lovers each year. 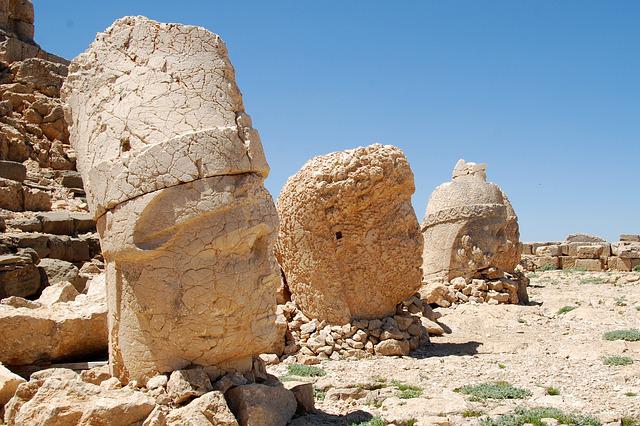 In 62 BC, King Antiochus of Commagene built massive stone statues (some 8-9 meters high) of himself, a few animals, and various Greek, Armenian and Iranian gods. Though the heads of the statues were purposely damaged and removed from the bodies, they have stayed in the place where they fell many centuries ago. Sit among the huge stone heads during sunrise or sunset in order to absorb the true beauty of this realm.

Stay at the rustically decorated New Kommagene hotel in nearby Kahta or Hotel Arsames in Adiyaman. Savor the regional dolmalikofte, stuffed meatballs, at Kebabci Beko in Adiyaman.

Exploring the cave dwellings and peribacasi, or fairy chimneys, in Cappadocia is for nature-lovers and history buffs alike. Some of the caves were inhabited as recently as a decade ago, which adds to the intrigue of this region in Turkey. 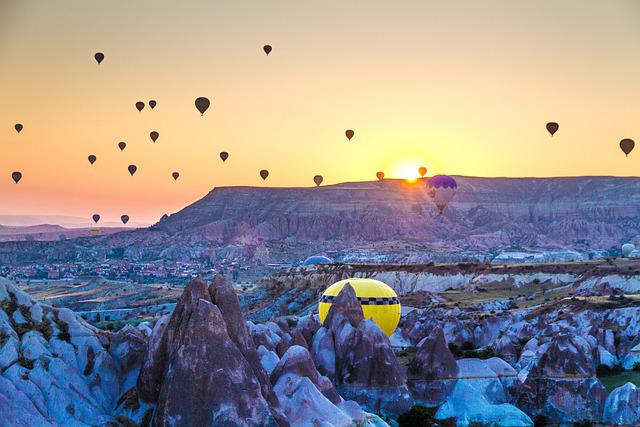 Go for a horseback ride through the rock formations and breathe in the fresh mountain air. Take a walk through one of the first UNESCO sites in Turkey, the Goreme Open Air Museum, to view monasteries and stone church walls with colorful frescoes dating from the 10th, 11th, and 12th centuries. Indulge in a hot-air balloon ride over the expansive landscape that looks like the set of a sci-fi film.

Nearly all the hotels and pensions reflect the stone and cave dwelling atmosphere of Cappadocia. Traveller’s Cave Pension in downtown Goreme is a favorite resting place for backpackers to enjoy a cold beer on the terrace while contemplating the fairy chimneys scattered about the town.

Koza Cave Hotel is an eco-friendly boutique hotel overlooking Pigeon Valley and has some of the best panoramic views in this area. Traditional Anatolian decoration provides the feeling of gallivanting through history.