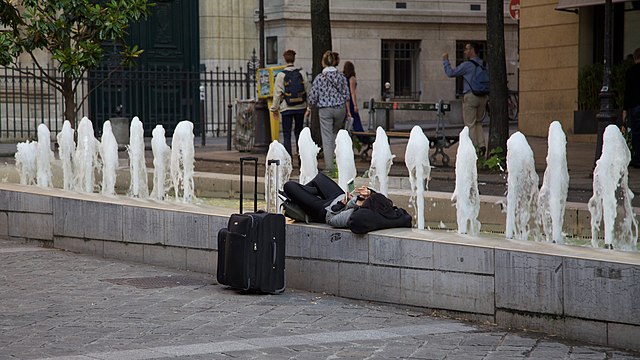 So you have a layover in Bangkok and need to know how you should spend your time? Well, you’ve come to the right place as this is your under-24-hour guide to the gateway to Southeast Asia. Bangkok is a crazy place that most people tend to either love or hate. Luckily for you, you’ll be moving at such a fast pace during your quick stopover that you won’t even have time to think. These are the must-dos during a layover in Bangkok, Thailand:

1. Tour the Grand Palace and Wat Pho. Wat means temple in Thai, and there are a lot of them all throughout Bangkok. With limited time, though, you’ll want to head to Wat Pho as it’s home to the famous reclining Buddha. You can also head across the river to Wat Arun to get amazing views of the city from atop the temple. The Grand, or Royal, Palace used to be where the king lived, but nowadays it’s only used for ceremonies.

2. You’ll also want to take a riverboat tour. Called the “Venice of the East,” Bangkok used to have many water alleyways that have since been replaced by roads, but you can still cruise down the Chao Phraya River, the central water artery of the city. Instead of paying for an overpriced tour, you can get the same views from a simple water taxi that will take you up and down the river for 20 baht ($0.60).

3. Explore Chinatown. Better yet, use the water boat to take you here. Bangkok’s Chinatown, located on Charoenkrung Road, is packed with restaurants, street stalls, centuries-old markets, gold vendors, and some of the city’s best street food. Head to the north end of Chinatown and wander among the lilies, birds of paradise, and orchids at Pak Klong Talad.

4. Head to Khao San Road. This is arguably the most popular street in all of Bangkok. A hotspot for backpackers, this will be alive if you’re there at night. For a slightly more toned-down version of Khao San Road, you can.

5. Hang out on Sukhimvit Soi 11. This street in downtown Bangkok is an ex-pat and young local hotspot. Cheap Charlie’s is an institution — many will argue it’s the best ex-pat bar in the world. There are also two great clubs on the road: Bed and Q Bar.

6. Lastly, if you still have energy, buy some knock-off clothes and accessories. Bangkok has a ton of malls, so you won’t be lacking for a place to go. MBK is the place to go for cheap knockoffs, while you could also splurge at Siam Paragon.

With limited time in Bangkok, you’ll need to hustle. You can rest when you finally get back to the airport and flop down in your seat. You can then give yourself a pat on the back for surviving the past few hours in crazy Bangkok.