Do you think of China as being cool? It depends on your definition of ‘cool’.
I certainly do. You just need to know where to look.
China is a place like no other. In many ways working there can be stressful, especially for a foreigner.
But if you put your cool dark shades on, take a deep breath, and start searching, you will discover that it is one of the most stunning and exciting places you will ever visit.
Before planning your trip any further, you must research the following destinations. 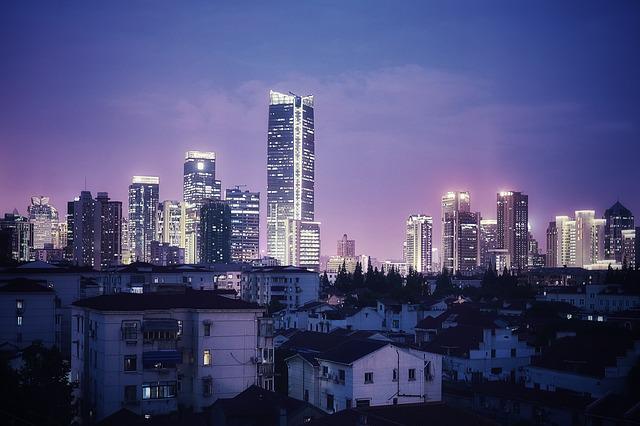 The capital is the most developed city in China. In Beijing, you get traffic, noise, and pollution. But it is considered the heart of the country for a reason.

Beijing has the most important and crucial governmental buildings. It also has some of the most amazing historical sites in the world.

The Forbidden City was built during the reign of Emperor Chengzu, of the Ming dynasty. No words can ever describe how grandiose the Forbidden City is. You need to see it with your own eyes.

It is the most enormous palace in the world, measuring 74 hectares, making it larger than some cities. When you enter the palace through the Meridian Gate and then move into the Outer Court, you can’t help but gasp.

Shanghai – One of the most Populous Cities in the World

If you want to feel like living in the future, visit Shanghai. This great metropolis is the economic center of entire East Asia.

Shanghai used to be a tiny fishing and textile town. The speed with which it became a sprawling metropolis is unbelievable, even for a science fiction movie.

For the longest time, it was closed off to the outside world, but since the Treaty of Nanking, it opened up to the West. Once people from around the world started moving in, the city began to grow and develop, gaining a unique architectural style.

Shanghai is one of the biggest cities in the world. The number of people ever present, the sheer size of the city, and the distance you will have to consider when going to a different part of the city can be bewildering sometimes.

Hong Kong was only recently returned to China. Because of that, it has special administrative status with a high degree of autonomy, Hong Kong has a different feel than the rest of China; the people, and the buildings all give off a different atmosphere.

There are plenty of sites to see for a visitor: the Peak, Avenue of Stars, Hong Kong Disneyland, Temple Street Night Market, and so on.

There is something for every taste, especially if you like shopping and having fun. It is possible to get lost while browsing through all the amazing sites you will find.

Have you ever heard of Guangzhou? You should have, but if you just started your research, you may have not.

Being the third biggest city in China, Guangzhou is a metropolis of great size and importance.

Guangzhou is the economic and educational center of southern China and is located not far from Hong Kong.

There are many fantastic sites you should visit if you are nearby. Out of all, Danxia Mountain, with its stunning mountainside and ancient towns, built into the rocks themselves, is the most recommended. The most amazing are the colors, red stones, and bright green grass, Danxia Mountain is truly breathtaking.

One of the greatest tourist attractions in the whole of China, Hangzhou is where you might find all your cultural, historical, and beautiful natural sites.

If you are anywhere close to Hangzhou, the first thing you should visit is West Lake. The West Lake is a large body of water, located in the Zhejiang Province, not far from Hangzhou. It is surrounded by some of the most idyllic green forests you might ever see, as well as large hills that cover the horizon.

The most interesting, and noticeable part of West Lake, is the Evening bell, located at Nanping Hill. It is large enough and height sufficient to be seen from wherever you are in the large.

The bell rings when the sun is setting down, hence the name Evening bell. As the sun sets down, behind the horizon, the sound of idyllic coming from the Jingci Temple, will echo throughout the lake, for a while. The most remarkable time to ring the bell is for the New Year’s blessings.

Let us know which Chinese cities should be in the top 5. What did we miss? It is impossible to say, China is such a huge country, with so many options. The cool thing about it is its diversity. There is a different flavor for everyone, and it’s cool to appreciate alternative definitions of beauty. What do you think?