Winter is the best time to visit Beijing, the capital of China. In summer it’s just way too hot and way too dusty, the air pollution is chronic and it’s hard to get out and see the sights. In winter it’s damn cold, but it can also be very beautiful. We’ve visited Beijing twice in winter and I wanted to share some of our experiences of exploring Beijing in winter.

The first thing to know about exploring Beijing in winter is that the city is mostly heated through a central steam system, much like New York, and they tend to switch it on quite late by western standards and turn it off quite early too. On our first visit to Beijing, we arrived in late January and the central heating had already been turned off. We spent a few freezing nights in a small boutique hotel in the Hutongs (the old part of the city) dressed in everything we’d brought with us including woolly hats and gloves. The second time we visited was in mid-January and the heating was still on. We stayed in a similar Hutong hotel and it was warm and comfortable.

The second thing to know about Beijing in winter is that it snows. This might not be a big thing if you come from the Northern Hemisphere and it snows every winter, but for folks like us from Australia who hardly ever see snow, it was a fabulous adventure! We arrived at a daytime temperature of just 2 degrees C and by 8:00 PM it had dropped to -10 C. We saw the snow gathering on the rooftops of the Hutong houses and raced outside in our big jackets and warm hats, thrilled to just listen to the snow crackling on our shoulders and watch the landscape turn into a winter wonderland.
The snow is particularly beautiful in the narrow alleyways of the Hutong district of Beijing as it covers houses, cars, scooters, and bicycles. The locals all come out in the morning and sweep the snow away from the entrances of their homes and shops, often into the next-door homes and shops. Workers come out and try to uncover their scooters and covers, covered in 10 cm of freshly fallen snow.

The parks of Beijing are especially beautiful in the morning after a decent snowfall. The grass and park benches are smothered in snow and the trees look like a white Christmas. Young people, locals, and visitors are building snowmen and throwing snowballs. Just be careful across the busy streets as the cars and buses quickly turn the fresh white snow into brown, slippery slush.

Climbing the Great Wall of China in these temperatures is a bit challenging, but we enjoyed it nevertheless despite the -5 degree wind chill at Badaling near Beijing. The views from the top looking across the snow-capped mountains were really spectacular and unmissable. Best of all, there are not many tourists to contend with in the colder weather and the big steps warm you up pretty quickly. 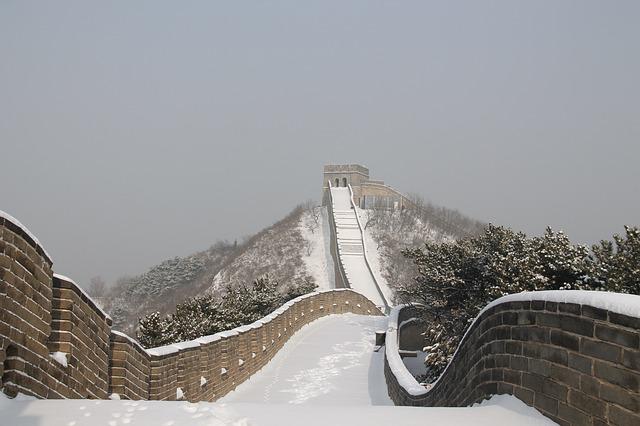 In fact, there’s a distinct lack of tourists in most of the popular attractions around Beijing in the winter, which means you don’t have to fight the crowds and wait in long queues to see the best attractions. Flights and hotels are also cheaper, so all around it’s a great time to visit Beijing.

When there’s a really big snowfall in Beijing, some of the city's major parks and sports facilities are transformed into winter theme parks. When Beijing had record snowfall in January 2010, the “Birds Nest” stadium built for the 2008 Summer Olympics was turned into a theme park with ice-skating indoors and snow skiing outdoors.
Even in the smaller parks around Beijing, frozen lakes provide the opportunity for locals to pull out their ice skates and take a turn or two in places like Taoranting Park. It’s always great to see the locals out enjoying what Beijing has to offer and they always want to try out their limited English with you.
Major attractions like the Forbidden City and Tienanmen Square are even more spectacular in the morning after heavy snowfall in Beijing. The fresh coating of powder snow adds a surreal touch to these ancient and grand monuments of old China.
All in all, we highly recommend visiting Beijing in late December and early January. Don’t forget to pack your best winter woollies and some stout boots because it gets very, very cold. We prepared with North Face jackets (the double-lined variety), 3M thermal hats and gloves, and good quality thermal underwear (long johns). The cold barely bothered us and we had an amazing time. 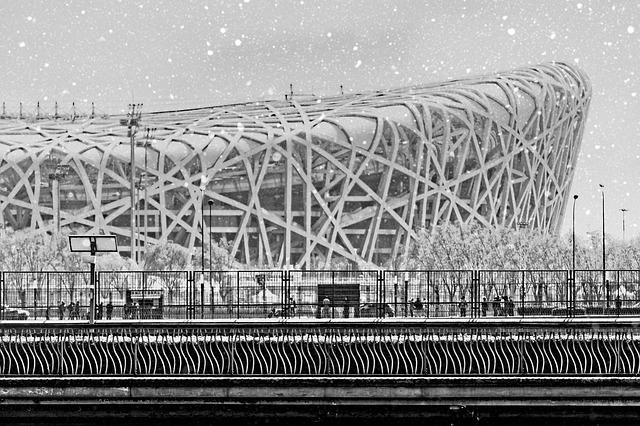 Have you visited Beijing in winter? Got questions? We’d love to hear about your experiences and answer your questions.