Just the name “Mandalay” conjures up an image for most people, even though they probably don’t know why. Bob Hope and Bing Crosby's “On the road to Mandalay”? Or Rudyard Kipling’s poem “Mandalay”? Whatever the reason, it’s a place you have to visit if you manage to get to Myanmar.

Unfortunately, the old Mandalay that inspired Kipling is pretty much gone, leveled by bombing raids on the Japanese in Burma in 1942 and replaced by a modern city with heavy traffic dominated by a huge military base, but there are still good reasons to visit including climbing up Mandalay Hill from 10th Street to watch the sunset, exploring the Inwa where Burma’s ancient capital was located, or heading out to Sagaing, once the capital of the Shan kingdom, to see the Soon U Ponya Shin Paya hilltop pagoda. 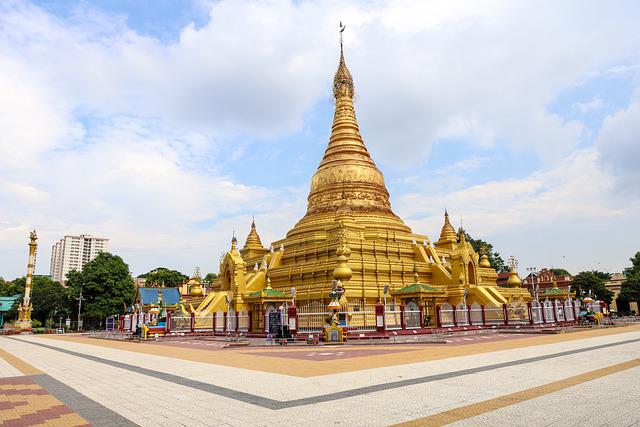 Your starting point for any tour of Mandalay should be the ancient Burmese capital of Inwa, located about 20km southwest of the city. Also once known as Ava, Inwa was the capital of Burma from 1364 until 1841 when the royal family moved its court to Amarapura. Inwa is a bit of a crumbling shadow of its past glory now but still well worth wandering around and exploring the many pagodas, stupas, and other buildings. To get there you generally take a tour which includes a boat trip across the river, a horse and cart ride through the ancient city, and lunch at a local restaurant. Inwa is not really geared to self-exploration, but some do manage it. We enjoyed the tour.
The next major stop in Mandalay is the religious city of Sagaing, just across the Irrawaddy and running along the river. Sagaing was also an ancient capital (of the Sagaing Kingdom) from 1315 until 1364 and again as the capital of Burma between 1760 and 1763. It is also infamous as the place where about 300 Burmese were massacred in 1988 when they demonstrated against the military government. Today it’s a religious training center and religious cultural center run by one of the most famous monks in Myanmar. The view from the top of Sagaing Hill is spectacular and well worth seeing. 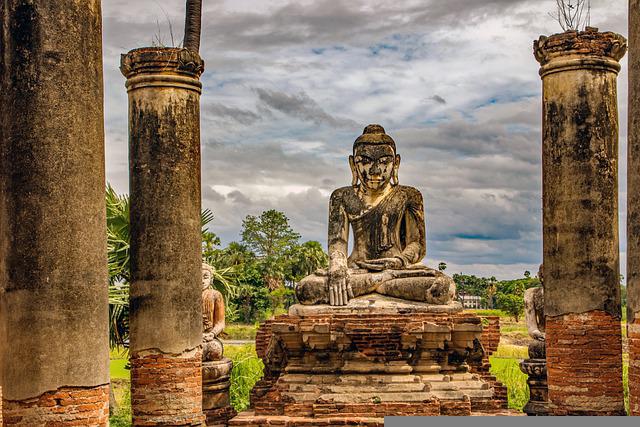 And now for something completely different, make sure you pay a visit to the 75-foot tall “Skinny Buddha” statue, completed in 2011. More formally known as the Sitting Buddha Statue, you can find it on 30th St between 61st and 62nd Sts and there is no entry charge. Just take off your shoes and leave them at the entrance. It represents the Buddha during a time when he refused food and almost starved.

A short taxi ride northeast of the city center takes you to Mandalay Hill, one of the best sightseeing spots in the city and home to the famous Kuthodaw Pagoda with its hundreds of white stupas. The entry fee is only 1000 Kt and you’ll find plenty of monks here willing to guide you around so they can practice their English. The best times to visit are sunrise and sunset when it’s cooler. Take the escalator to the top and walk back down the steps for the best experience. But be aware the escalator reverses direction about sunset to get people down from the top faster.

The only downside for us in Mandalay was the arrogant attitude of the military guards at the former Royal Palace. We had already made the decision not to tour the palace because it’s now a military base and very restricted, but we thought at one point to walk along the creek outside the walls to get some shade on our walk back to the hotel, especially as the adjacent footpaths were closed due to roadworks. We were very quickly marched out with the warning “only for soldiers”. There’s not much to see there anyway as it was burned by the British when they invaded.

Where to stay in Mandalay

Most travelers to Mandalay stay south and southwest of the old Royal Palace where there are lots of guest houses, bars, and small restaurants to choose from. Unfortunately, the narrow streets are usually choked with traffic much of the day but they are worth exploring all the same, especially after dark.

We stayed at a small boutique hotel called Hotel 8 which was centrally located and quite cheap (about $25 a night). It’s nothing special but we enjoyed our stay there and the staff was very helpful. The room was clean and bright with a bit of a view out the window. The staff will loan you bikes to use while you explore the city if you want them. We just walked everywhere, but that’s what we like to do. Breakfast was included and we ate eggs, toast, fried rice, juice, and coffee. There are plenty of local restaurants and bars nearby.