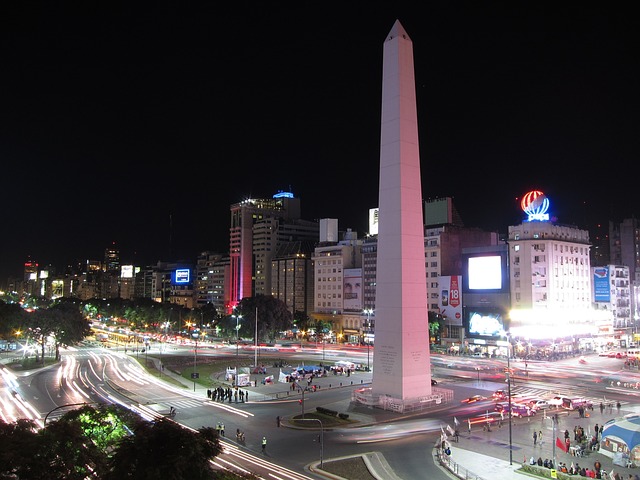 NOTE: This section covers the city of Buenos Aires and its suburbs.

The Paraná river forms in southern Brazil and meanders its way south through Paraguay before crossing into Argentina. Passing through a rather uninspiring jungle it widens as it is fed by many tributaries and then, as it nears the sea, it begins to disperse and forms one of the largest river deltas in the world. It is here that the second longest river in South America drains into not the sea, but into another river: The Rio de La Plata.

The Rio de La Plata is the widest river in the world and the land on the banks of the river is among the most fertile on the earth. The climate at these latitudes is also perfect for crops and livestock. So it’s no surprise that life here has flourished and on one bank of the river, there is a city that is home to 15 million people.

This city is called Buenos Aires.

History has been like a ride on a roller coaster for Argentina – a cycle of economic boom and bust. One only needs to stroll down Avenida de Mayo or through the massive parks of Palermo to realize that previous presidents of the republic spent lavishly. But in addition to bankrupting the city on more than one occasion, all that excessive spending has left us with a unique and attractive city unlike any found in Latin America.

The most recent bust happened in 2001 when the Argentine peso was devalued and thousands of people lost their jobs and life savings overnight. But after a rough period what followed was a boom and many foreigners, drawn by low prices, came to visit Argentina. Some of us stayed – such as those of us who work on this website – and the city is now home to thousands of ex-pats.

The boom has subsided a bit and inflation has set in, but Buenos Aires and the rest of Argentina still remain among the most popular destinations in the world. The cafes, bars, and restaurants are full and open on till the early hours of the morning if not all night. In the theaters that line Avenue Corrientes, you can find plays or music any night of the week. And there are a wealth of hotels and restaurants of every category and all at a fraction of the cost of what you would spend in a North American or European city.

The culture, food, people, and value of the city should not be missed by any able traveler. So the question isn’t if you should come, but WHEN you should come.

When to travel to Argentina

Argentina is located in the Southern hemisphere, so if you live in the northern hemisphere, the season here is the exact opposite of what you are currently experiencing. The coldest month is July while the warmest is January. We hope that most of you are aware of this, but for those of you who continue to travel down here with shorts and flip-flops in July with your northern hemisphere sunburn, we’ll try not to giggle too much. If the weather is your favorite news segment, and you just want some thermal digits, check these out:
City of Buenos Aires Average temperature: 10º C – 50°F (winter) / 24º C – 77°F (summer) 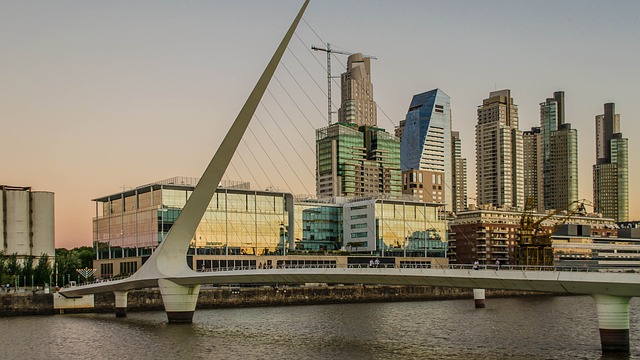 The city of Buenos Aires consists of the Capital Federal and the surrounding suburbs. The Capital Federal is an autonomous district, kind of like Washington DC in the US. It has 48 barrios, or neighborhoods as seen in the map below.

The most popular places for travelers to stay are Palermo, Recoleta, and San Telmo.

Where to Stay in Buenos Aires

We highly recommend you stay in either Palermo, Recoleta, Belgrano, or San Telmo. Most things that would be of interest to you are near these areas and transport and lodging are plentiful. There are many other neighborhoods in BA that are perfectly fine to stay in, but you might have trouble finding a decent hotel in those zones or it may be a bit too quiet at night.

Transport to and from Buenos Aires

There are daily flights to BA from major hubs in North America and Europe, as well as many cities in Latin America. Prices increase during peak tourist season so it pays to shop around. Our experience is that 2 months prior to your departure the best fares are found. Lately, we have had good luck with Travelocity. To check fares on flights to Buenos Aires, fill in the form on the top left of this page.

Occasionally air carriers offer special fares to Buenos Aires. We keep an eye out for those deals and publish them here so check back often.

Although Argentina is a massive country, there is plenty to see and do in all its regions so arriving to it overland from a bordering country isn’t such a bad idea. Buses in Argentina are comfortable, safe, and quiet enough that you can get a decent night's sleep while saving money on accommodation. Common overland routes to arrive in Argentina would be from Santiago de Chile, passing through Mendoza, from Rio or Sao Paulo, passing by the falls of Iguazu, or from Bolivia in the north, passing through Salta, Tucuman, Cordoba, or Rosario.

Another option is to visit Argentina as part of an organized overland journey such as those offered by Intrepid travel or Gap Adventures. These journeys span all of South America, last from a week up to 3 months, and include all transport and accommodation. There are different categories based on the comfort levels of the lodging and transport.

Arriving by boat in Buenos Aires

From Colonia and Montevideo to Uruguay, there are daily ferries to Buenos Aires. These boats are comfortable and there are different travel options available depending on your budget and schedule. For more details see this page: Ferries Between Buenos Aires and Uruguay.

Besides walking, taxis are the best way of getting around Buenos Aires. They are readily available in the Capital Federal at almost any hour, but in the province or poorer neighborhoods, one must call for a car. If you plan on going a long distance, your best bet is to call for a remise. A remise is similar to a taxi but is not licensed to pick up passengers in the street.

When taking taxis make sure you have close to the exact fare. Not all drivers carry cash and there have been instances where drivers give tourists their change in counterfeit bills. If paying with a 50 or 100 peso note, make sure you note the serial number before giving it to the driver. A common trick is for them to say they can not accept your note because it has a rip in one corner. What has happened is the driver has quickly changed your good note with a ripped fake one. Other than that taxis are generally safe in BA.

The Subte of Buenos Aires runs is a great way to get around the city. For more info, check out our page on the Buenos Aires Metro.

If the bus system in Buenos Aires can’t get you where you want to go, chances are you shouldn’t be going there anyways. There are literally hundreds of routes and many in the capital run 24 hours a day. If you plan on staying in BA for an extended period, you might as well get a Guia T guide. This information-packed booklet has maps of the entire Capital Federal. The maps are divided into grids. You find which grid you are in and the buses that pass through it. You then compare this list to the list of the destination grid. You would be surprised how many times you can find a match.

There are many express buses that go to locations in the Province of Buenos Aires such as La Plata, Pliar, and Tigre. These buses usually cost a bit more but are worth a few extra pesos.

For the best traveling experience try 12Go the best multi-modal travel agency in my opinion that provides all travel services on a single platform for comparison and interline ticketing.