Whenever I visit New Orleans I know my stomach is in for a treat. Not only are there incredible traditional foods to indulge in, but there are also dozens of restaurants that are famous for their own version of the dish.

For that reason, a self-directed food tour is essential to get a true sense of the culinary culture in New Orleans. Below you’ll find five of my favorite restaurants and the dishes they’re famous for. 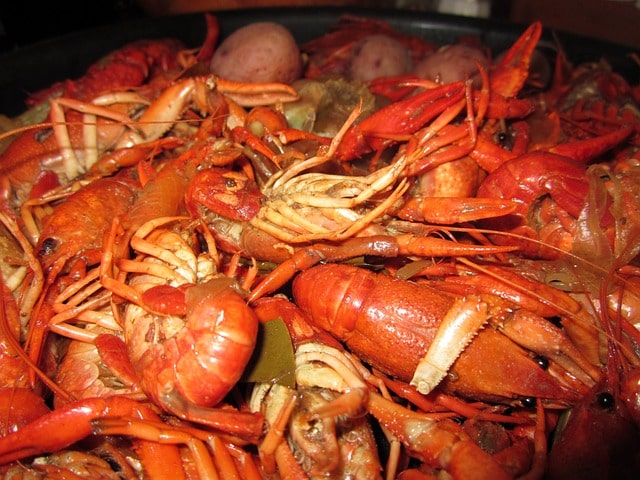 New Orleans BBQ Shrimp is one of the first dishes I eat whenever I get to town. It’s a delicious bowl of sautéed jumbo gulf shrimp in an irresistible sauce made with tons of butter, olive oil, garlic, basil, and Worcestershire. You may think it’s actually barbequed, but it’s not. As the shrimp are served with their shells on, be ready to get messy and eat with your hands.

There’s no getting around the consumption of bread with this meal. You’ll need it to soak up all that amazing butter sauce. Even a bib will be provided to shield you from spills. The best place to dig into a bowl of BBQ Shrimp is at Mr. B’s Bistro in the French Quarter. It’s a classy place serving many of New Orleans’ traditional foods and cocktails in a fun and lively atmosphere. 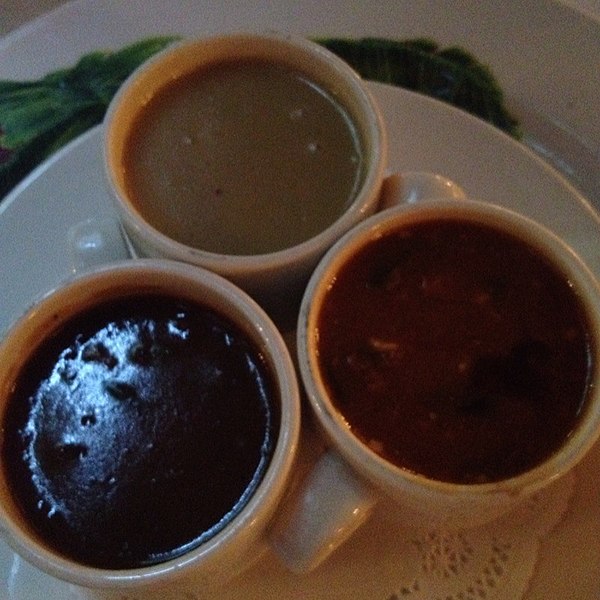 Opened in 1880 in the Garden District, Commander’s Palace has been a New Orleans institute for a very long time. The blue Victorian mansion houses one of the finest kitchens in the city, and the service is second to none. It’s a great place to go for a gourmet spin on traditional dishes like soft shell crab, Jambalaya, and Creole Gumbo. But the dish I love the most from here is their famous Turtle Soup. The soup is more like a creamy stew, packed with sautéed vegetables and tender pieces of turtle meat.

At Commander’s Palace, the soup is topped off with a splash of dry sherry at the table. It’s so rich and delectable, and the only place I’ve ever seen it served is in New Orleans, so we order it as a starter before every meal.

Arnaud’s is another top restaurant for traditional New Orleans cuisine, located just a few steps from Bourbon Street. The century-old dining room adds a classic atmosphere to an upscale dining experience. Sometimes, though, comfort foods like Jambalaya call for a more casual environment and that’s where Arnaud’s more laid-back outpost Remoulade comes in.

Remoulade serves a perfect plate of Jambalaya in the heart of Bourbon Street. A very popular dish in New Orleans, Jambalaya is a casserole-like rice dish filled with gulf shrimp, chicken, ham, andouille sausage, vegetables, spices, and a Creole sauce that ties it all together. You’ll find this traditional dish in dozens of restaurants around the city, but you can be sure you’re getting some of the best there is at Remoulade.

The muffuletta sandwich originated at Central Grocery in the French Quarter, where Italian workers used to spend their lunch breaks eating all of the ingredients separately that then became part of the famous sandwich. Served on a round Sicilian bread with sesame seeds, the sandwich is piled high with mortadella, salami and ham, mozzarella, and provolone and then topped with a thick, marinated olive salad spread, made from various peppers, cauliflower, and green olives.

Central Grocery still serves dozens of sandwiches from their deli counter every day, and the line can get pretty long. Just keep in mind that the full sandwich is about 10 inches around and is big enough to feed at least 4 people. It can be ordered in halves if you’re not that hungry. You can also purchase a jar of their famous olive spread to take home.

Sometimes you have to leave the traditional behind and find new modern favorites from the chefs that put New Orleans on the map. Chef Emeril Lagasse has certainly done his share of the work when it comes to defining the New Orleans dining scene. Once the chef at Commander’s Palace, Emeril has built his own incredible empire around the city with three top-notch restaurants, plus a dozen others in cities around the U.S. His flagship restaurant, aptly named Emeril’s New Orleans, is located in the Warehouse District.

The restaurant has been winning awards and generating accolades and praise for its innovative and bold flavors for over 25 years. We had the pleasure of sitting at the Chef’s Food Bar where you can watch the action in the kitchen while you eat. I might not have ordered the Double-cut pork chop if I hadn’t seen it being prepared behind the bar. It’s a signature dish for good reason. The huge chop is served atop a pile of caramelized sweet potatoes and topped with a tamarind glaze and green chile mole. It’s amazingly large, so be sure to share it with another dining companion or take the rest home.

No matter where you eat in New Orleans, you’ll surely enjoy the unique traditional foods that have made New Orleans cuisine so famous.