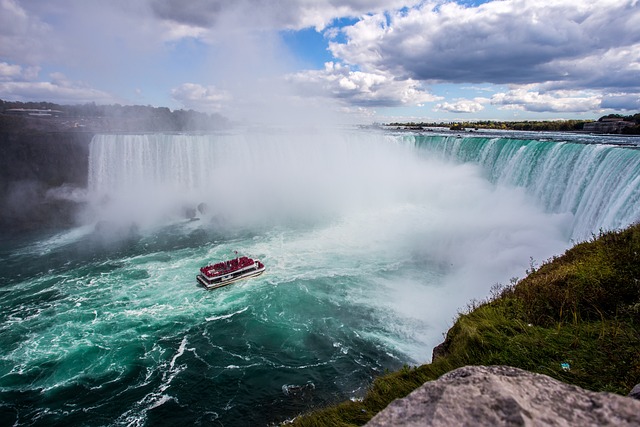 The Niagara Peninsula has a lot to offer cycling enthusiasts – it’s long been hailed as one of Ontario’s best cycling destinations. Here, you’ll find gorgeous natural scenery, plenty of small towns where you can stop for food and rest, a number of world-famous and off-the-beaten-path tourist attractions, and, of course, top-notch cycling paths.

Whether you’re in the mood for an extended, multi-day cycling trip or a quick jaunt from Toronto, the Niagara Peninsula has something for everyone. Complete one or more legs of the Greater Niagara Circle Route, or explore some of the other regional trails, such as the Greenbelt Trail, the Waterfront Trail, or the West Lincoln and Wainfleet Route. Let’s take a look at what some of these trails have to offer.

The Greater Niagara Circle Route consists of four trails. They are:

As you might expect, the Greater Niagara Circle Route, also called the Niagara-Welland loop, forms a circuit that passes through Niagara Falls and many other towns in the region. The 56-kilometer (34.8 miles) Niagara River Recreation Trail forms the portion of the loop that hugs the Niagara River, passing through Niagara-on-the-Lake, Queenston, Niagara Falls, Chippawa, and Fort Erie.

This popular route will take you through Niagara wine country, and it’s easy to spend a day or two exploring the quaint tourist town of Niagara-on-the-Lake, the historic sites around Queenston, and the tourist attractions in Niagara Falls. While the route is mostly flat, there are some hills on the Niagara River Recreation Trail, as the path climbs up and down the Niagara Escarpment.

However, if you’re not interested in sightseeing, or just traveling on a budget, you may want to head a little further south of Niagara Falls to Chippawa for quieter, cheaper accommodations. Heading further south on the loop, you may want to plan an overnight stop in Fort Erie, or at Crystal Beach Motel, about a kilometer (1.6 miles) off the Friendship Trail on Ridgeway Road in Crystal Beach. However, you’ll find far more accommodation options in Port Colborne, and the trip from Port Colborne to St. Catherines is doable in one day. You could also stay the night in Welland.

If you want to pick up the Greenbelt Route from the Greater Circle Route, you can do so in St. Catherines. From there, you have the option of traveling further west through the “fruit belt” to Grimsby, stopping for an overnight rest in Lincoln if you so desire.

Once in Grimsby, you can pick up the Waterfront Trail and head back east towards Niagara-on-the-Lake or St. Catherines. If you choose to travel east along the Greenbelt, you can further explore the Niagara Escarpment around Hamilton.

The 49-kilometer (30.4 miles) West Lincoln and Wainfleet Route is a quiet ride through a rural area of the Niagara Peninsula that is home to wetlands, winding rivers, and small villages. The route begins in West Lincoln, and winds through peaceful coastal plains dotted with grand homes and quaint farms, before ending on the shores of Lake Erie, where you can take the Waterfront Trail back east towards the routes previously discussed.

If you’re looking for a laid-back cycling trip in a part of the Niagara Peninsula that isn’t quite overrun with tourists, or you’re simply not interested in huffing and puffing your way to the top of the Niagara Escarpment on the Niagara River Recreation Trail, the West Lincoln and Wainfleet Route might be right up your alley.

If you’ve been itching for a cycling adventure in an idyllic natural setting, try the Niagara Peninsula. With hundreds of kilometers of cycling trails for cyclists of all fitness levels, and a train service designed with cyclists in mind, Niagara is waiting for you and your bike.