Cross the High Atlas via the Tizi-n-Test pass. Stroll through the ksar of Aït-Benhaddou. Feel very small in the hollow of the majestic gorges of Dadès or those of Todgha. Appreciate the desert and lunar surroundings of Tafraoute.

Smell the atmosphere bathed in sea spray in Essaouira. Sweat your heart out in the Hammam. Get lost in the teeming alleys of the Medina of Tangier… 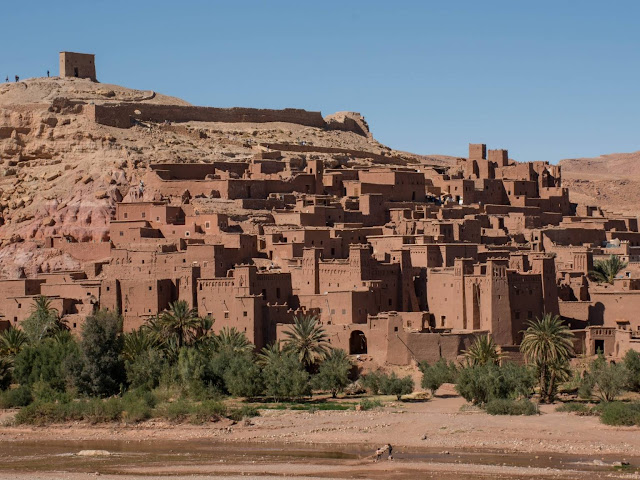 One of the best-preserved Ksours in southern Morocco, a fortress of earth and reeds, an exceptional heritage listed by Unesco. 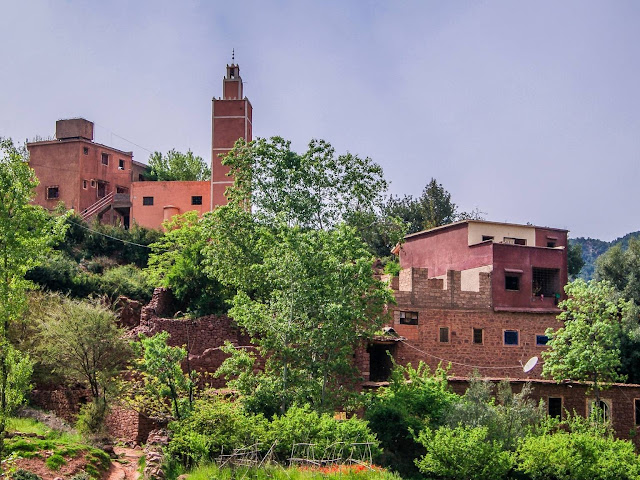 A mountain range with villages frozen in time, land for beautiful hikes 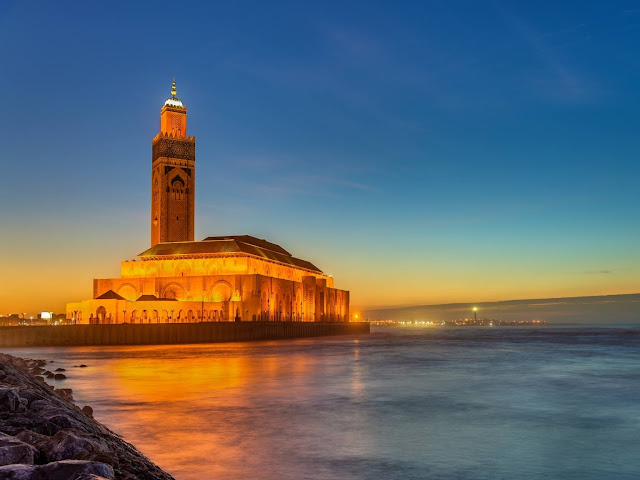 The economic lung of Morocco between tradition and modernity, the architecture of the Hassan-II mosque, and the Art Deco buildings. 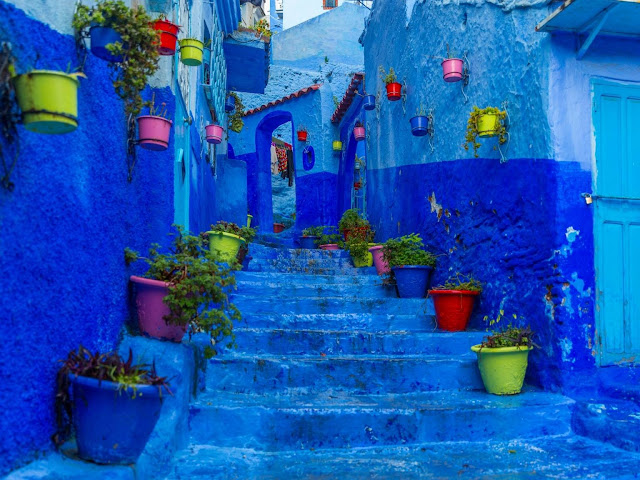 Located 600 m above sea level, Chefchaouen is nicknamed "the blue city" because of its small white buildings whose windows and doors are painted blue. 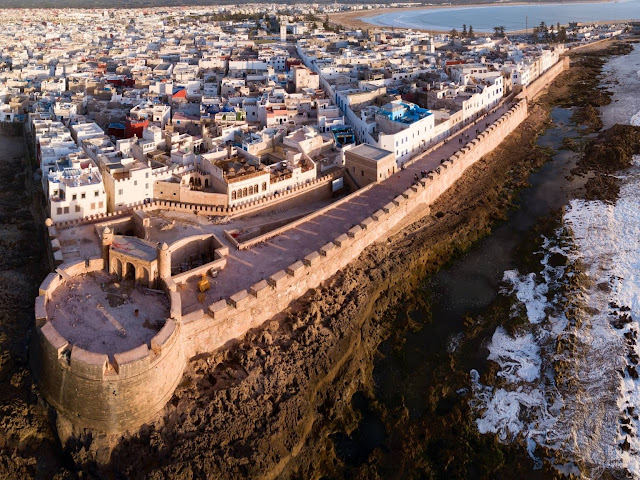 A medina classified by Unesco and surrounded by ramparts, white houses with blue doors and shutters, an atmosphere bathed in sea spray. 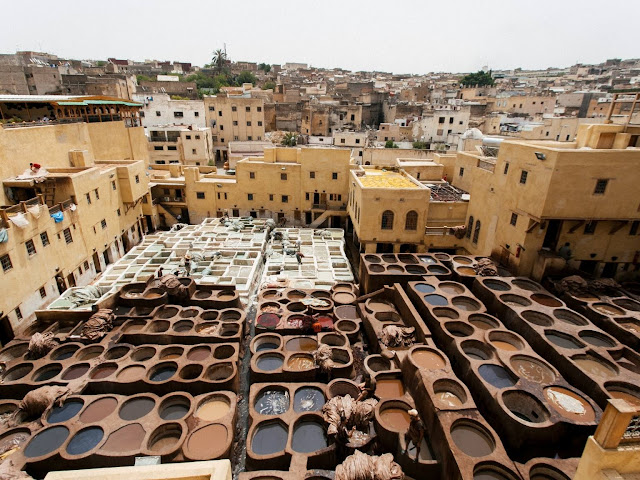 Imperial city embellished by successive dynasties, the cradle of the former Cherifian Empire, and home to one of the most fascinating souks in Morocco. 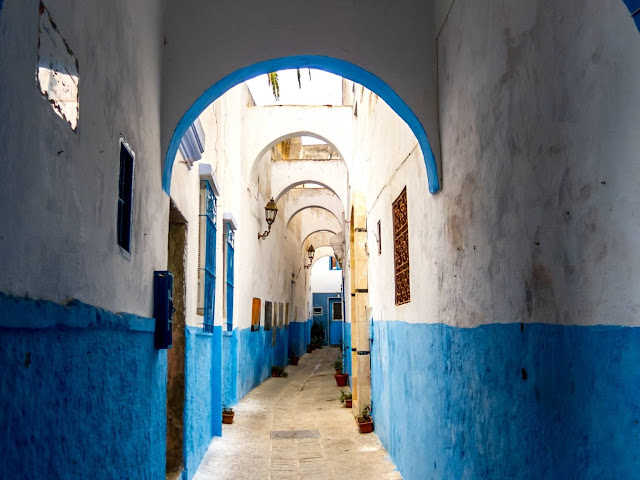 Located between Rabat and Tangier, Larache is a very pleasant stopover, far from the bustle of the big cities. 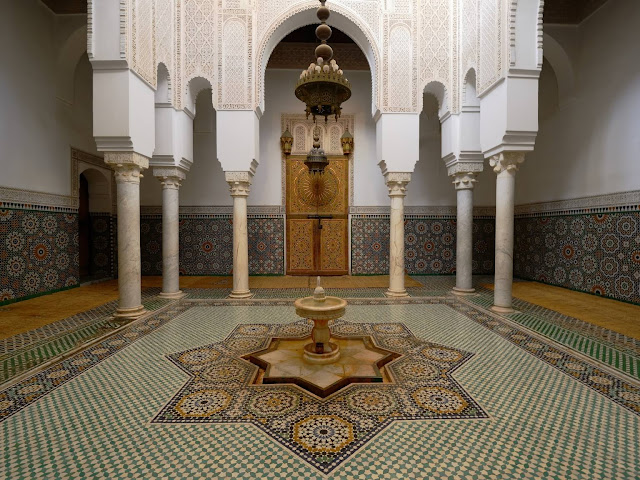 The imperial city with historic districts listed by Unesco, its pleasant medina, its green minarets, and monumental gates. 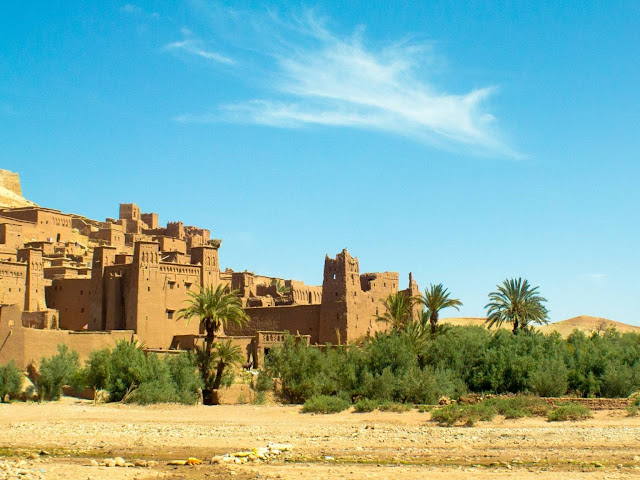 Film production center renowned for the beauty of its scenery, gateway to southern Morocco. 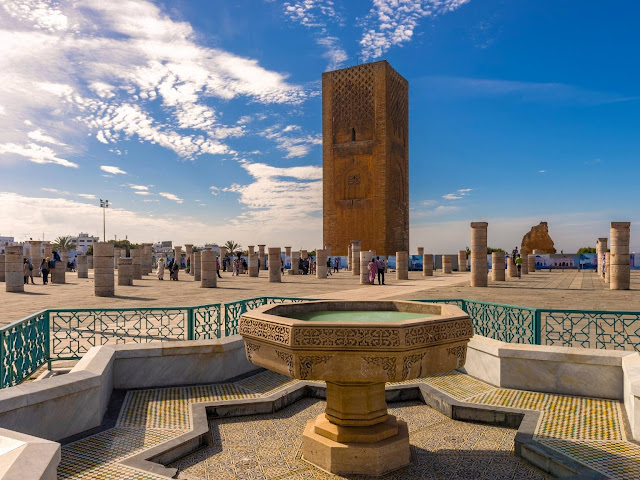 The maze of white and blue alleys of the Oudaïa kasbah, and the new town earned the UNESCO classification. 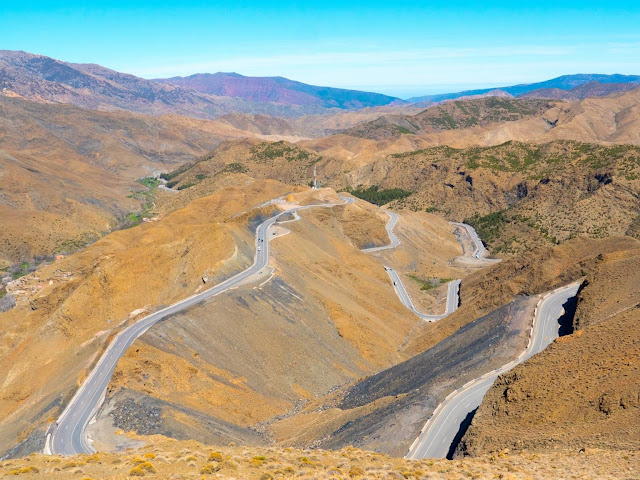 One of the most beautiful and impressive mountain roads in Morocco, with torn mineral landscapes. 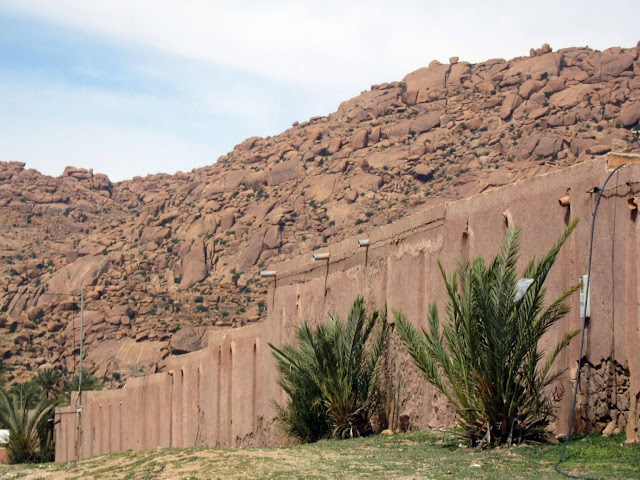 Village in the heart of sandstone and pink granite mountains, in a superb region renowned for its almond and Argan trees. 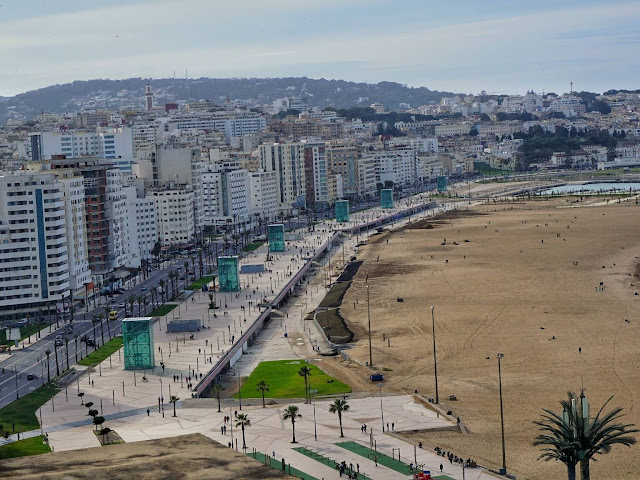 Behind one of the most beautiful bays in the Mediterranean, the teeming alleys of the Medina, and the panorama of Gibraltar from the Kasbah. 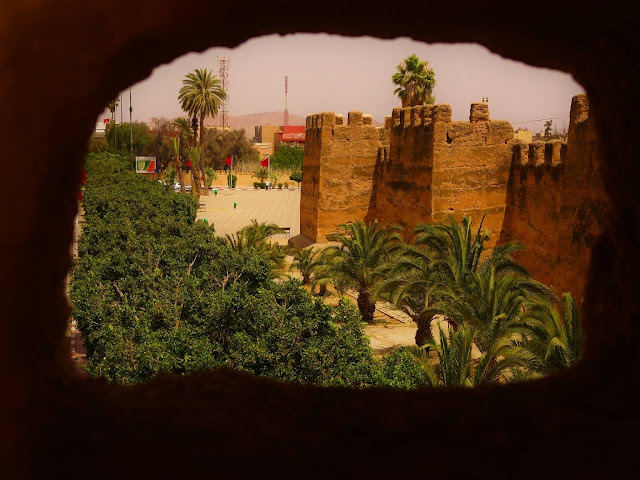 The "Little Marrakech", its small Medina and its souks behind a beautiful adornment of crenelated ocher ramparts. 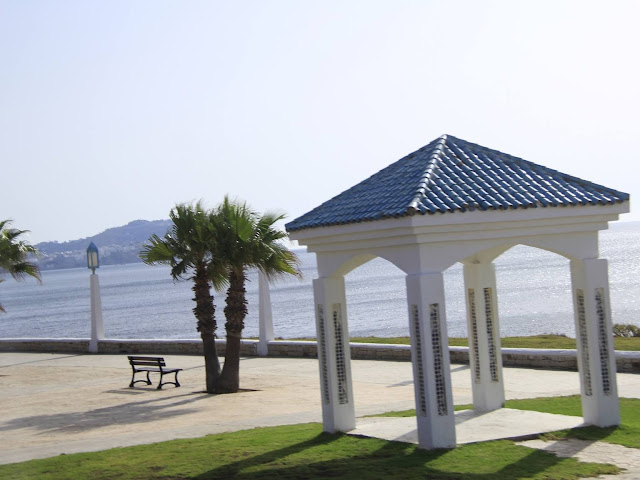 The most beautiful Medina in northern Morocco, surrounded by crenelated ramparts and classified by Unesco, the terraces and gardens. 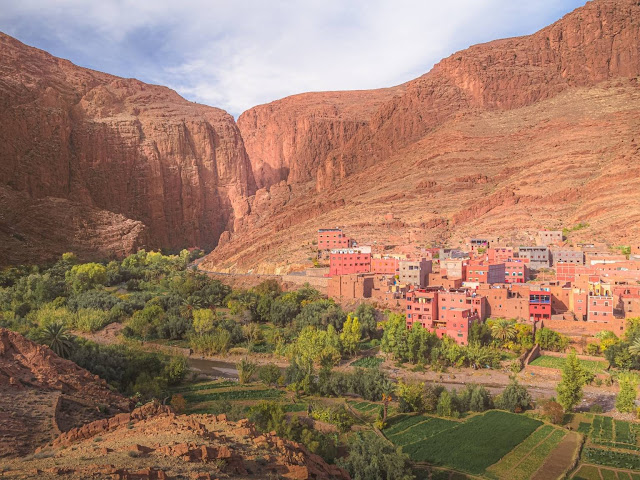 Located at an altitude of 1,342 m, Tineghir owes its reputation to its pretty palm grove which extends to the foothills of the Atlas. She is one of the richest in Morocco. 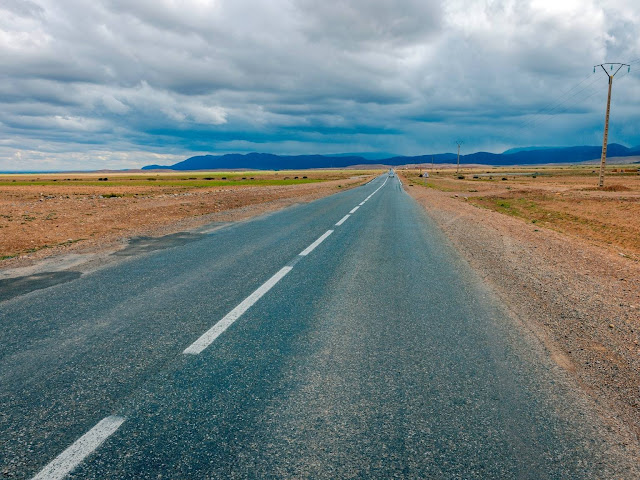 Tinejdad is the ideal place to learn all about Berber culture, thanks to two museums: of the sources of Lalla Minouna and the museum of Oasis 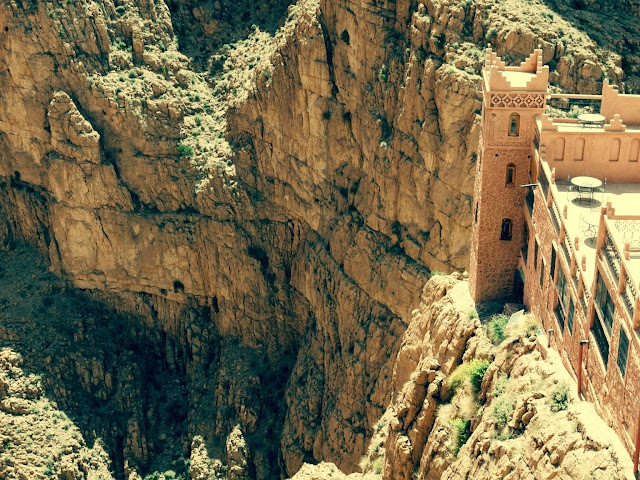 One of the most interesting in southern Morocco, the majestic gorges in the middle of a string of Ksours and small orchards. 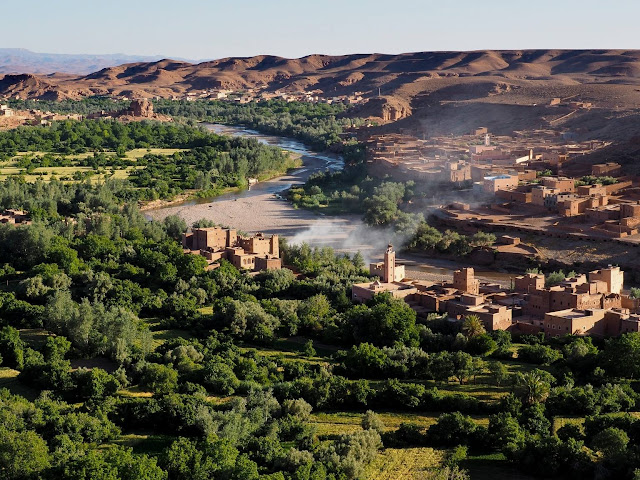 One of the most beautiful in southern Morocco, strange mountains with undulating reliefs, with a view of the snowy peaks of M'Goun. 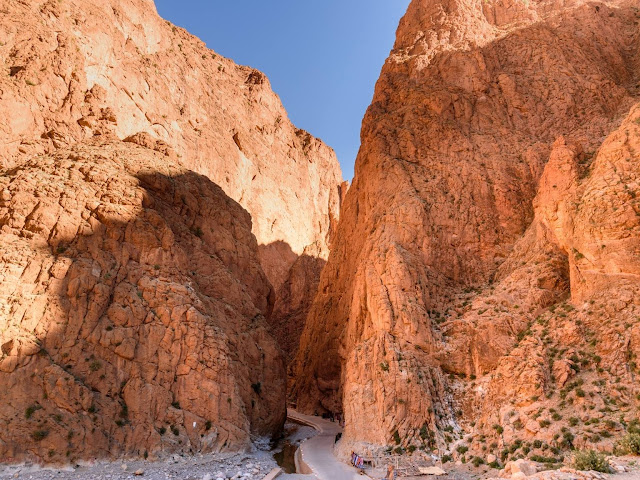 The Todgha gorges stand out in the thick limestone cover of the High Altas: they are among the most beautiful in southern Morocco. 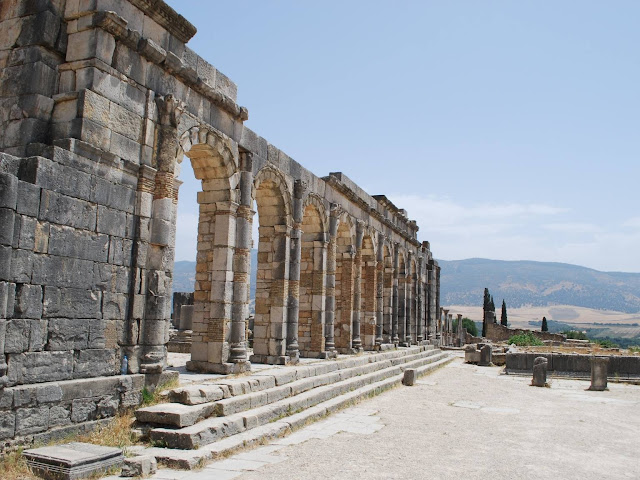 The most important Roman ruins in Morocco, listed by UNESCO, with a triumphal arch, thermal baths, basilica, and villas with precious mosaics.