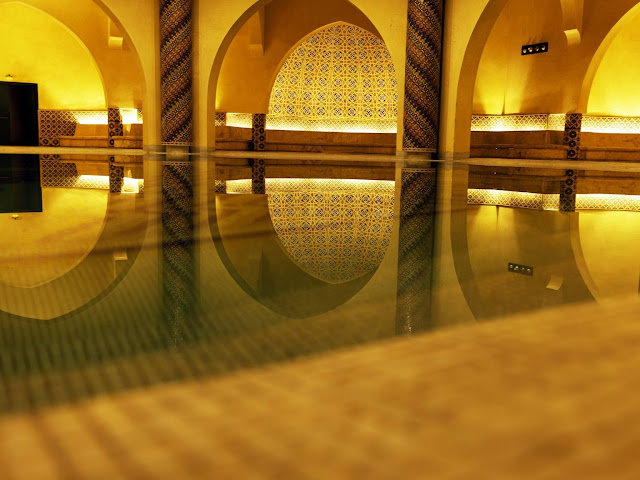 The Hammam played (and continues to play) a crucial role in Morocco, since there were few bathrooms in dwellings until recently. In terms of hygiene, but also social relations.

By creating the thermal baths, the Romans were the true inventors of the Hammam. Muslims adopted them all the more easily because they allowed total ablution, in accordance with the Koran, which gave them great religious importance.

Social significance is equally essential. In the past, a city was judged by the beauty and magnificence of its Hammam.

Three baths are arranged in three contiguous rooms that make up the Hammam. It's a place where men and women go to wash their clothes and unwind. A non-mixed practice. So when there is only one Hammam, men generally use it in the morning and evening, and women in the afternoon.

Even today, the Hammam represents for certain women the opportunity to abandon, for the time of a bath, their family circle to meet friends. Until recently, it was also in the Hammam that mothers came to gauge the physical attributes of their future daughter-in-law!

A trip to Morocco wouldn't be complete without a Hammam experience. If you don't have soap, no problem, you will be sold a piece of black soap at the entrance, as well as a glove to rub yourself. To avoid scorching your bottom on the stone, bring a towel. Consider shampoo or Ghassoul, a clay that helps to strengthen hair.

In the popular Hammams, the prices are fixed by the state and amount to about 10-15 DH, exfoliation and massage not included, services which you can take in addition. In large cities, luxury Hammams have flourished. These are real beauty institutes, the entrance to which is as expensive as in... Paris. 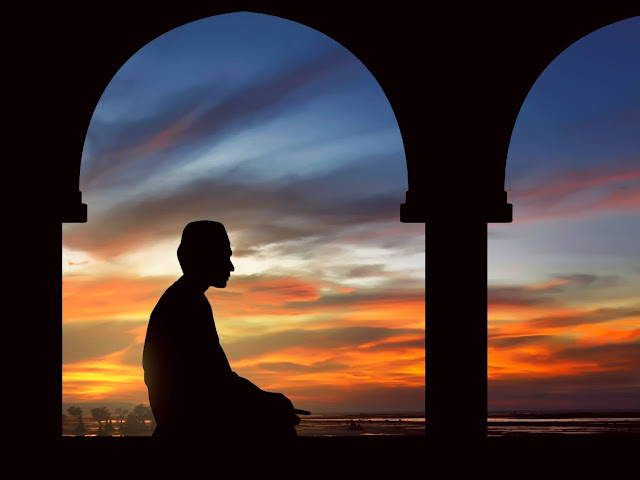 Moroccans scrupulously observe Ramadan. Islam is the official religion, breaking the rule in public could be sanctioned by the police.

The fast of the month of Ramadan is, for Muslims, compulsory from puberty, except for indisposed women, pregnant or breastfeeding, the sick (who must make up for the broken days), and travelers. The latter must practice it on their return.

Abstinence extends to all liquid and solid foods, smoke, perfumes, and any sexual act. Since the primary goal of Ramadan is purification, both physical and moral, a way for the believer to get even closer to his faith. Try to be discreet if you are in Morocco at this time, refrain from smoking or drinking too visibly!

The fast lasts from dawn to sunset, or as long as a black thread can be distinguished from a white thread. During Ramadan, during the day, the country lives in slow motion: the schedules of banks and administrations are different and professional appointments are often postponed after Eid. The Ramadan period is not ideal for traveling, as many cafés and restaurants are closed, and those that are not are increasing their prices.

Due to lunar mobility, Ramadan falls approximately 11 days earlier each year. In 2020, it starts around April 24. These dates, theoretical, are validated the same day after observation of the moon. Ramadan lasts 29 or 30 days, to which must be added the 3 or 4 public holidays of Aïd es-Seghir, the "little festival" (also called Aïd el-Fitr, feast of the breaking of the fast), which closes the fasting period. The country is then seriously paralyzed.

There is another form of popular devotion that city dwellers caricature a little by distinguishing it from rural Islam, as opposed to official urban Islam.

Indeed, many localities bear the name of a local marabout (saint) preceded by the term "zaouïa", which designates the brotherhood from which he came and more generally the building, both religious and educational, which housed him and from which he was at the origin. The term "marabout" refers to the sanctuary where he is buried.

Once a year, a great pilgrimage is an opportunity for the population to affirm its membership in the religious community and thereby benefit from the Baraka of the saint in question.

A marabout is a wise and respected Muslim who is the object of a cult, equivalent to a saint. This word also designates his tomb. For many Muslim women, this tomb is a special place where they find each other. A woman with limited education likes to resort to the marabout in times of distress.

- The carpets of individual dwellings are as respected as those of mosques. This is why it is advisable to take off your shoes before entering a room when you see shoes near the door.

- We often prolong the tea break by accepting several glasses, even if we are no longer thirsty. At the end of the 3rd, we are entitled to politely refuse.

- The fact that young men walk hand in hand (or rather finger in hand) is a sign of friendship and nothing else.

- Many marriages are celebrated without a marriage certificate. It is enough for the 2 spouses to recite the Fatiha (the profession of faith) in front of 2 witnesses, and the couple becomes married on the spot in the eyes of those around them. An act particularly appreciated by the military, who are obliged for marriage with an act to seek the agreement of their hierarchy... But also by the followers of polygamy, because they thus escape the right of veto of the judge who, according to the Moudawana (the Moroccan code of the family), can prohibit them from the 2nd union.

- In the Hammam, do not hesitate to have a massage. Be careful, in the popular Hammams (the best!), nothing to do with a relaxing massage. You will be tossed and turned vigorously to "relax" all your muscles while lying on the marble floor. A real experience!

What you should not do

- Give anything in exchange for the hospitality you are offered. If your host, whom you suspect of having very little means, asks you to stay for dinner, prefer to accompany him to the market to make the necessary purchases for the meal (which you will pay for yourself) rather than giving him money. You help, without embarrassing your host.

- Wear a slightly bare outfit. Shorts and sleeveless clothing are considered indecent in some less touristy areas. On the beaches, naturism is prohibited. Around the swimming pools of the big hotels, do not indulge in the joys of the Monokini either. This is a basic rule of respect for Moroccan staff.

- Indulge in full tan on the terrace of a Riad, even run by Europeans. From one terrace to another, everything can be seen.

- Try to enter a mosque, a Kubba, a mausoleum that is not explicitly open to tourists.

- Blowing your nose in public, especially during a meal, is frowned upon.

- Burping loudly at the end of a meal, under the pretext of respecting an old North African custom. Not all families do this.

- Refuse the tea offered to you.

- Criticize the Moroccan organization (your interlocutors will not hesitate, but that does not give you the right to outbid), and especially religion or the monarchy. If your interlocutor questions you, you can express your thoughts and your astonishment in measured and respectful terms. We avoid getting into a political debate.

Moroccans use much longer polite formulas than ours. They belong to an old code of practice still in force. Any statement that incorporates a verb in the future is accompanied by God, who is conjugated at all times... Inch Allah ("please God"). And when the verb is in the past tense, it is Hamdoullilah ("thank God") that punctuates the sentence!.