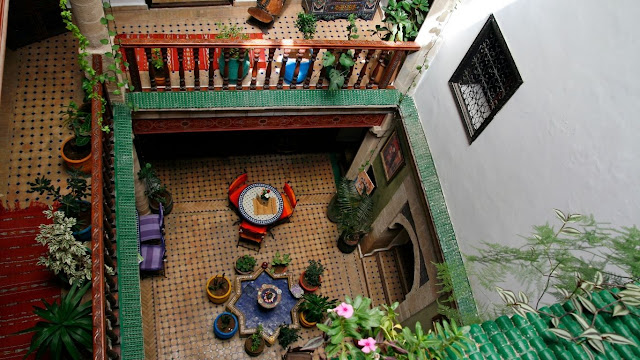 In Arabic, camping is said to be Mukhayyem. While some are well-designed, the majority of campgrounds are simple, with only showers and toilets. He needed rough, rocky ground to pitch his tent on, as well as no shade.

Wild camping is prohibited by law. Many guest houses, inns, and small hotels offer a mattress on the roof terrace and a shower between 30 and 50 DH per person per night, without breakfast.

If you're traveling by automobile, keep in mind that the gas system in Morocco isn't the same as it is in the United States.

Morocco has a dozen AJ members of the Hosteling International network, in the main cities. AJ card is not necessary and no age limit to stay there.

Note the emergence of private AJs, especially in Marrakech and in the north of the country, sometimes friendlier and more relaxed than official AJs but much more expensive than small hotels.

There is an official classification of hotels, with precise specifications, obliging the hotelier to display their prices at the reception (but this remains negotiable, especially if the hotel is not full). While there are many superior category hotels, medium-class establishments (2 stars) are few, and unclassified hotels, in particular those located away from tourist routes, are generally basic.

When you go upmarket, things get better... in principle, because we have seen quite old and neglected 4-stars.

- Beware of poorly recorded reservations. Ask for confirmation of your reservation by e-mail with a reminder of the dates chosen. Phone the hotel in case of late arrival, otherwise they will resell the room.

- Only the most posh addresses are heated in the winter, and even then, not always. Even in the South, the nights are (very) cool.

- Some modest establishments, especially in the South, have a roof terrace, a lounge, or a Berber tent in the garden, where you can sleep for cheap.

- If your hotel is located near a mosque, you will hear the muezzin's call to prayer between 4am and 5am!

For unmarried binational couples in which one of the two people is Arab (a Franco-Moroccan couple, for example), access to the hotel, and even to the campsite (!), is not easy.

In principle, in a guest house, the owner welcomes you to his home, and you eat in his kitchen. In fact, he does not always live on the spot but ensures a daily presence.

Typically, a guest home has no more than 5 or 6 rooms. Officially, it can count up to 10. Staying in a guest house is above all the search for a privileged contact with the owner.

Along with hostels and Riads (see below), these are the most pleasant forms of accommodation and those that offer the best charm-comfort-price ratio. Keep in mind that not all Riads are guest houses (and vice versa).

When traveling with a group and staying in the same location for a few days, apartment rentals are a cost-effective option. A formula is widespread in large cities or seaside resorts like Essaouira. Although practical, this type of accommodation often lacks charm.

In certain tourist sites very frequented by Moroccan families (Essaouira, Oualidia, Agadir, Mehdia, for example...), touts will grab you by brandishing a set of keys from the bus station. It's rarely a good plan. To avoid!

These often old properties have been bought (or rented) and lovingly repaired, usually by French people, who have started what can only be described as a fad. As a result, we don't touch the "Moroccan" finger of life because few Moroccans use it.

Generally very comfortable and sometimes even luxurious, these residences, nestled in the heart of the Medina, have an undeniable charm.

Attentive and discreet, a house staff is also available to guests throughout their stay. When the owner lives on-site or nearby for a significant portion of the time, they are referred to as "guest houses." Indeed, they are frequently assigned to more or less experienced workers year-round, or even administered by agencies.

A tourist promotion tax (TPT) is levied on hotels and bed and breakfasts per night and per person. In the majority of cases, it is already included in the displayed price except, sometimes, for the chicest establishments and certain Riads.

In addition, there is a municipal tourist tax.

Together, these 2 taxes rarely exceed 35 DH (3 dollars) per night and per person.