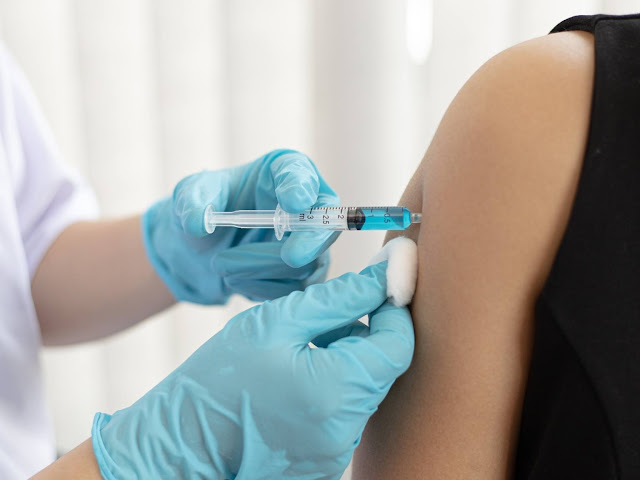 No vaccinations are required for travelers from Europe. Some vaccines are nevertheless useful for the personal protection of the traveler.

- Be up to date with your "universal" vaccinations, recommended in Europe for everyone: tetanus, polio, whooping cough, diphtheria, measles, as well as for hepatitis B.

In the event of prolonged rural stays, it is very strongly recommended to be vaccinated preventively against rabies.

No particular risks, Morocco not being a country with an unhealthy climate. However, in many places, there is poor hygiene and a lack of water. So, be wary of waterborne infections and foods that haven't been properly cleaned or prepared. So here are some universal rules to follow, especially if you go to small villages.

- Remember to wash your hands regularly, especially before meals. Any soap is effective against bacteria, provided the washing is vigorous. Prefer short nails.

- According to the WHO, "drinking water delivery is ensured in all major towns and certain villages, however, mineral water is advised." In front of you, the bottle should be uncapped.

- Fruits and vegetables: according to the WHO, “wash them, peel them, boil them or leave them”. But if the risk is real in areas where drinking water is not guaranteed, it is reduced in large cities. It would be a shame to miss out on the delicious Moroccan salads and fresh fruit juices. But don't overdo it! The excellent orange juice drunk in large quantities disturbs the intestines.

- Eat well-cooked meats served to steam, avoid rare meats, and instead rely on couscous, tajines, and méchouis, which are not problematic. Unpasteurized milk and its derivatives should not be consumed.

- Do not consume unpasteurized milk and its derivatives. Rare risk among travelers, more frequent among expatriates, and widespread among Moroccans: brucellosis.

- Consult a doctor very quickly in case of diarrhea containing pus, blood in the stools, and/or accompanied by a fever. For simple soft and frequent stools, use an antibiotic combined with an intestinal transit retarder.

- AIDS is present. Go out fully clothed and warmly attired! Condoms can be found in all Moroccan pharmacies.

- beware of the sun, everywhere and even more so in the mountains;

- in the event of a minor ailment, Moroccan pharmacies are often well-stocked and doctors are well trained;

- against mosquitoes and other biting insects, bring a good repellent, active for at least 3 or 4 hours. 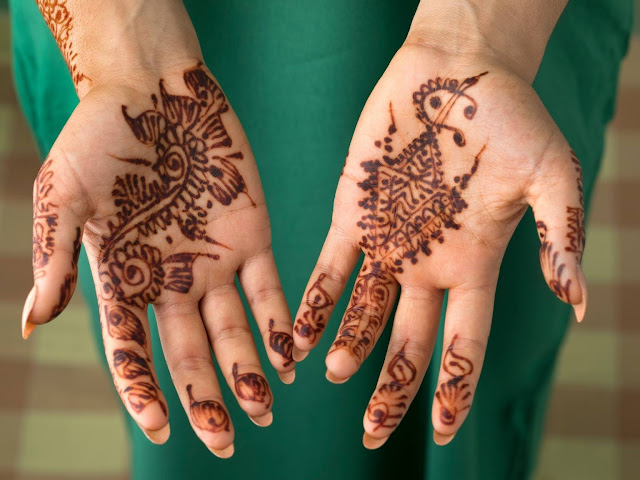 Women sometimes approach you insistently (as in the Jemaa-el-Fna square in Marrakech) to offer you henna tattoos.

- ATTENTION: sometimes PPD (paraphenylenediamine, more precisely) is added to henna to make it more resistant. This substance, which is also used for hair dyes, can cause potentially serious allergic reactions in some people.

In any case, if you fall for having one made, make sure you specify the reason, and especially the price BEFORE we do the work for you. Some tattoo artists ask crazy prices once the job is done, knowing that it's too late to refuse! You can also ask your hotel to recommend someone serious.

In any case, be aware of the risk of possible infections (hepatitis B, C, etc.)

Morocco is a relatively safe country. Theft is rare there because it is severely punished by the courts. The difficulties are frequently limited to the obstinacy of certain hunter-tourists and instances of minor scams in tourist zones. 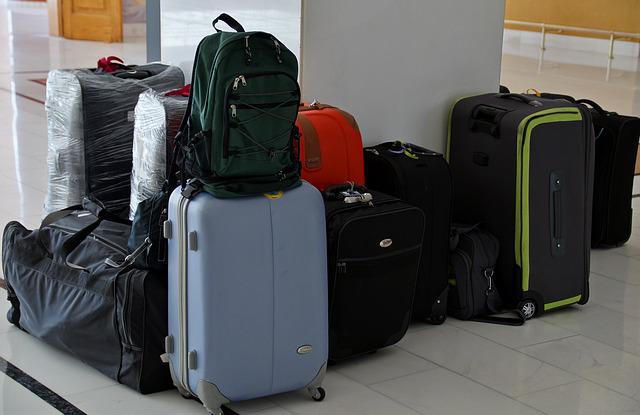 - Keep your camera luggage draped in front of you (and not over your shoulder). For his money and his papers, prefer clothes with inside pockets. Better: the extra-flat pocket that you slip between pants and underwear. Carry a banana in front of you at the souks if you're a banana fan. Never put all of your money in a single account.

- Pickpockets use a universal technique, which generally applies with the help of an accomplice. The first divert your attention in some way, whereas the second steals your wallet.

- In the event of theft or loss, go to the police station (but be careful, no statements are allowed over the weekend holiday) or national security. The declaration certificate is generally in French, otherwise ask for a translated copy, which is essential for insurance companies.

Once you have your declaration in hand, go to the consulate, which can assist you with the formalities and provide you with a pass to return to the country.

Difficult to identify all the cases of scams because, each year, new ones emerge.

We must remain vigilant without sinking into paranoia (especially since there are tourist police, in Marrakech in particular).

link: how to avoid tourists scams in Marrakech

The majority of the time, the different stratagems (vehicle breakdown, hitchhiking, the introduction of a new currency - the Berber dirham -, ill child to be rescued...) entail hitting you with a few tickets or, better yet, selling you anything at all costs.

Similarly, if you hear formulas such as: "no problem, we'll work it out later", very common among Moroccans who prefer to negotiate amicably, be aware that misunderstandings easily arise. The phrase "We will arrange..." always implies that the service will be far more expensive than you anticipated. Morality: always fix the price beforehand to avoid conflicts and endless discussions.

- On the Internet: as everywhere, never respond to the financial support of any kind, unless you are really sure of the origin of the request.

In the busiest souks, the presence of the tourist police limits that of touts. They're mostly found in train stations and at the entrances to medinas.

Even more aggravating, it can be difficult to locate an address or tourist attraction in a medina on your own. Suddenly, several people want to guide you when you just ask them the way. Do not give them more than 10 Dh if they help you out.

If Morocco is a generally safe country, it can sometimes be difficult for backpackers alone. Some Moroccans have, in fact, an idea of ​​the supposed freedom of Western morals that is most often erroneous: any European walking alone becomes a possible prey, hence the regular arrests on her way. These approaches, particularly verbal ones, might be repeated and weighty, but they are rarely confrontational.

mind and safety, wear loose clothing, covering your shoulders and knees (avoid transparent clothing!). Note that if Moroccan women walk the streets in the evening, they do so in groups and very rarely alone. Take an example from them. When it becomes late, take their lead and ask them for directions (rather than a male) if you're lost. As a general rule, avoid deserted or uncrowded places (especially in the evening in the medinas, when the shops in the souks are closed).

Finally, do not hesitate to tell your male interlocutors that you are going to join a group, or that your husband is waiting for you at the end of the street. Simple and efficient!

There you have it, the small vagaries of solo travel. But the big advantage: you will have the chance to enter the world of women, especially in the hammams.

Some establishments not mentioned in the current edition sometimes claim to be in the Routard to inspire confidence. Likewise, watch out for old signs, frescoes with the man in the backpack painted on the facades of hotels, or business cards bearing the words “Recommended by the Backpacker” which turn out to be fake.

In Morocco as elsewhere, the consumption of cannabis is punishable by 8 to 10 years in prison. This does not prevent touts from using colorful language to approach potential customers. Only one rule: abstain!

Refuse any proposal to smoke! Gently but firmly.

The Koran strictly prohibits Muslims from having sex outside of marriage. This behavior is even considered a crime in Moroccan law, punishable by jail.

The reality is different: the boy is admired as a Don Juan, while the woman must arrive a virgin at marriage. This inconsistency, backed up by a more regressive tradition than one might assume, leads to a slew of attacks, including rapes.

What is valid between 2 co-religionists is in principle also valid for a mixed couple, one of whom is of the Muslim faith.

Thus, hotel managers (even Europeans), who fear police checks, are generally very vigilant. They refuse to put an unmarried couple in the same room if one of the spouses is Moroccan or has a Muslim-sounding name.

No question of lying, because you are asked for your marriage certificate if you claim to be married. Tolerance is much greater when the 2 travelers are holders of a European passport.

So there is no need to imagine bringing a subject from this beautiful kingdom back to your room unexpectedly.

Stay as hidden as possible: if you're caught, you could end up in prison! Just that! As well as the hotel manager. For camping, the equation is the same...

Despite these extremely conservative preambles, Morocco is a hotbed of sex tourism. Many nightlife places in big tourist cities are affiliated with prostitution.

The authorities, aware of the phenomenon, do not seem really in a hurry to act. It must be said that from the taxi driver to the villainous hotelier through to the disco manager, everyone is there.

Pedophilia, on the other hand, suffered serious setbacks, and some riads involved were closed.

Finally, if a European guy falls in love with a Moroccan woman, he must convert to Islam before marrying her.