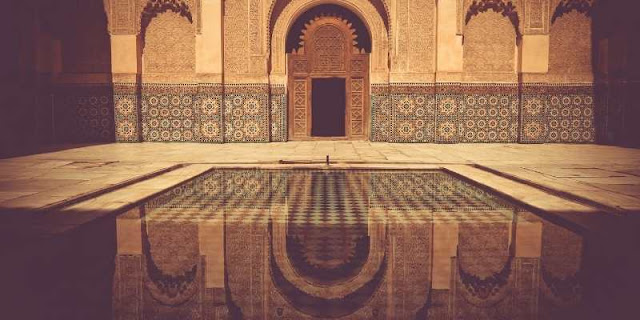 Marrakesh is 327 kilometers west of Rabat, Morocco's capital, 580 kilometers south of Tangier, and 196 kilometers south of Casablanca. Marrakesh, which was founded in the 11th century AD, has a long and rich history as well as numerous beautiful sites that many tourists visiting Morocco see. Marrakesh was founded by the Almoravid Dynasty in 1070 AD as the capital of their kingdom, and it quickly became a major commercial and cultural hub.

The Koutobeya Mosque, the Saadis Tombs, and the famed Gamea' El Fna Square are usually the centerpiece of many Moroccan vacation packages that include a visit to Marrakesh. Although these locations are noteworthy, there are plenty of other sites in Marrakesh that travelers should visit.

The Madrassa of Ben Yusuf

The Ben Yusuf Islamic teaching school, built by the Marinid Dynasty in the middle of the 14th century and refurbished by the Saadi Dynasty in 1565, is one of Morocco's largest and most remarkable. The school, or Madrassa, is distinguished for its magnificent tile decorations. It is regarded as one of Morocco's most beautiful examples of such structures. 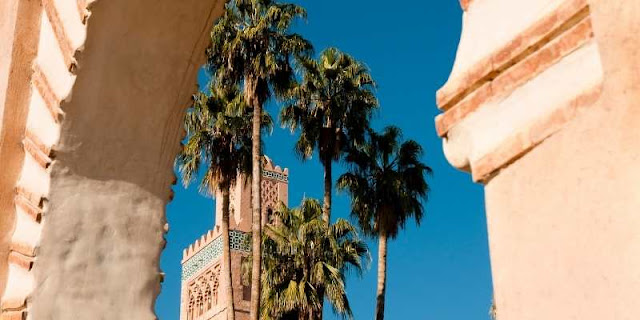 Marrakesh Museum is a museum in Marrakesh, Morocco.

The Marrakesh Museum is conveniently located near the Ibn Yusuf Madrassa and the Game' El Fna Square. The museum's structure is impressive in and of itself. It was formerly a palace erected around the end of the nineteenth century before being converted into a city museum in 1997.

Marrakesh's museum is known for showcasing a diverse range of exhibitions, including contemporary art portraiture, antique coins, historical literature, traditional Moroccan pottery, and many more fascinating items. Many travelers that visit Morocco would like to visit the country's various museums on occasion.

Dome of the Almoravids

Almoravid is credited with founding the city of Marrakesh and is responsible for many important Islamic structures in the city. Today, the Almoravid Dome is the city's most ancient historical site. Sultan Yusuf built the structure in the early 12th century AD as an ablution place for worshipers who were going to pray at the Yusuf Mosque.

The Dome is suspended from the roof of a vast open Sahn courtyard with 19 private ablution areas. The dome is 12 meters tall and has a rectangle-shaped dome that measures 12 meters long and 7 meters wide. Travelers spending their vacations in Morocco should see the dome, which is one of the most impressive Almoravid monuments. 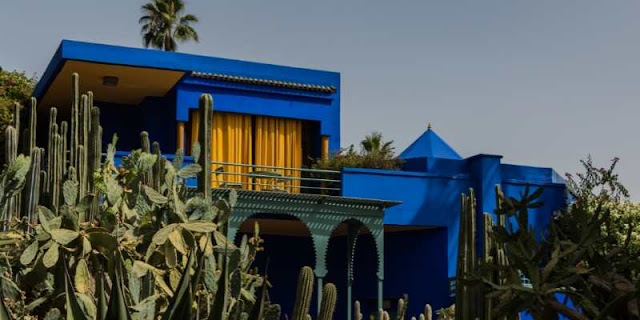 The Majorelle Garden is one of the most enjoyable destinations for travelers of all ages to visit while in Morocco. The garden was first established in 1924 by Jack Majorelle, a well-known French artist who, in 1937, painted the park's structures in a striking shade of blue, a bold choice that astonished the residents of the red city at the time.

The purchase of the Majorelle Garden by the famed French designer Yves Saint Laurent and author Pierre Pergy, who specified an area within it for public visitors, was a watershed moment in the garden's history. The garden is now one of Marrakesh's most prominent tourist attractions. The structures that surround the garden have been turned into an Islamic art museum.

The garden itself is home to a variety of unique plants and trees imported from all corners of the globe.