In France and Italy it’s bread and cheese, in Germany it’s sausages, but what are your best bets for cheap eats when traveling in the notoriously expensive UK? Once you’ve tired of squished Nutella sandwiches pulled out of your backpack while on the go, why not consider a few of the local's favorite fast foods. Not only are these options cheap and tasty, but they offer a cultural experience as well! 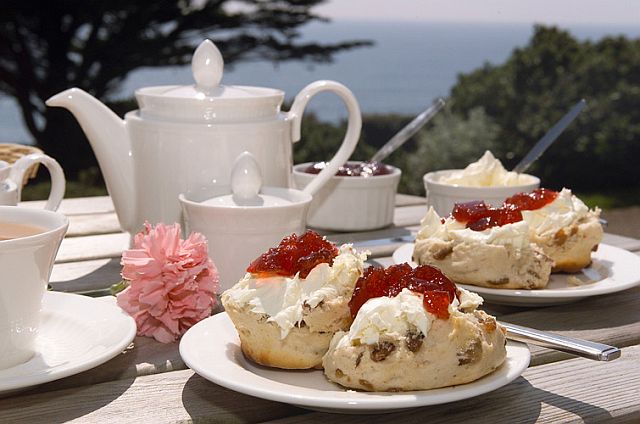 A visitor to England could be forgiven for thinking that a cream tea is a cup of tea with cream, but don’t be fooled by the name; this is in fact a snack fit for a queen! Every tea room in the land serves its own version of this delicacy and regional battles rage over the proper order for toppings to be added. The Cornish Cream Tea is probably the most famous and includes your cup of tea with milk and sugar, along with a warm scone, topped first with jam and then a healthy measure of clotted cream. Just across the border in Devon, however, a Devonshire Cream Tea requires the clotted cream to be added first and then followed by a jam. Either way, it’s a delicious afternoon snack and feels luxurious without breaking the bank. It really doesn’t get much more British than this. 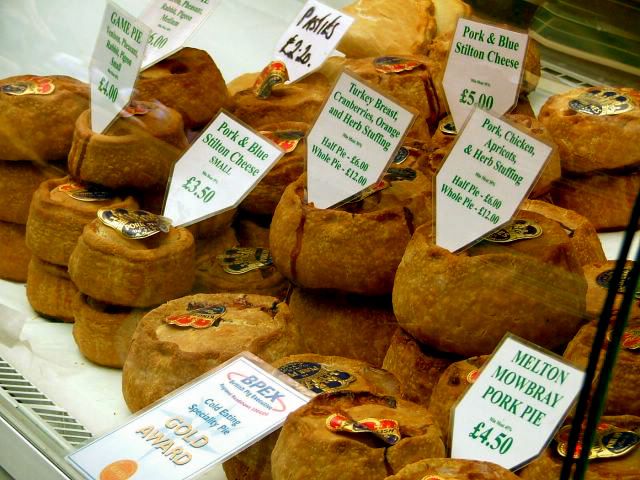 What was once simply used as a means of preserving meat is today an iconic British dish. The variety is endless and varies from the cheap and cheerful version served up on football terraces across the land, to the gourmet varieties offered by the top bakers. It is the perfect portable food – they are self-contained, require no cutlery, and can be eaten hot or cold. The most iconic of British pies have to be The Melton Mowbray pork pie, which now has Protected Geographical Status from the European Union to guard its unique recipe. The British pie industry is said to be worth £230 million – the pie is certainly humble no more! 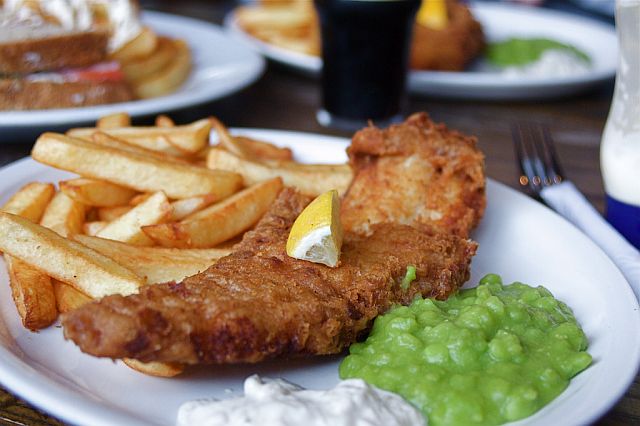 This quintessentially British dish has been carried the world over, but it still holds pride of place in the English psyche as one of the most beloved dishes. Every fast food outlet, or ‘chippy’ as they are colloquially known in the UK, serves up their own version of the delicacy, and many guards their secret recipes and techniques fastidiously. Your best bet for top-quality fish and chips will be along the coast, where the fish will be at its most fresh. For the hungry traveler, this is a great lunch or dinner option, it’s inexpensive, and filling, and the busy shops offer a great place to chat with the locals. If you want to make this a truly British cultural experience be sure to order a side of mushy peas, a lurid green concoction of boiled marrowfat peas that divides the nation. Sounds tasty, doesn’t it?

One of the best parts of traveling is experiencing new things, and food is one of the best! Heading out the restaurants for three meals a day can really add up, but you can save a bundle by making your own meals with local ingredients. This is one of the major benefits of staying in a self-catering holiday cottage; you have everything you need to make yourself a cheap and cheerful meal for a fraction of the cost.