The northern coastal town of Calais is a short ferry journey from the southern English port of Dover and is a popular destination for a weekend trip amongst families and elderly couples alike. A trip to this French town offers a cheap weekend getaway with a number of historic and beautiful sites to see. 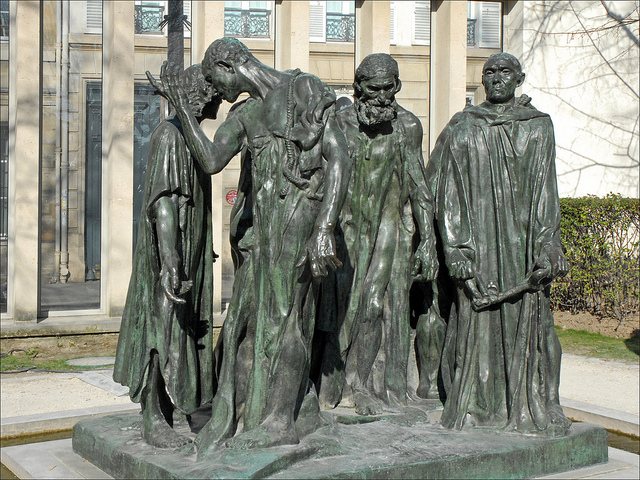 A Dover to Calais ferry for two, or for two adults and two children can be booked at less than £100 should you book a month or so in advance, even during the school summer holidays. The journey is approximately 90 minutes long and the ferry provides comfortable seating and entertainment during your boarding. A quicker alternative is the EuroTunnel.

For a little more than £100 when booked in advance, you can get a hotel in Calais for a family of 4. There are several hotels around town, all nearby the historic landmarks and tourist attractions across town. 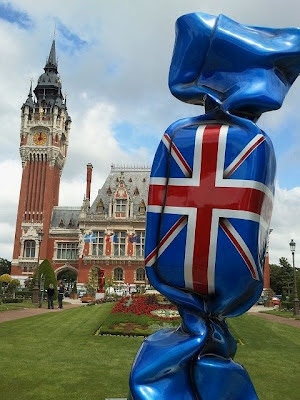 The Calais Town hall in the heart of Calais is perhaps the most-impressive attraction that this coastal resort has to offer. This Town Hall boasts wonderful architecture and an elegant clock tower. The front garden is well-maintained and hosts artwork throughout the year. On a recent trip, work by Laurence Jenkell was on display, as shown in the photo below.

A short walk away from Calais Town Hall, on the opposite side of the Jacquard Bridge, stands Parc Richelieu. This impressive park hosts the Calais War Memorial at its entrance, alongside 5 flying French flags. The park itself is beautiful on the inside, with a miniature fountain, perfect for a rest or relaxation during a hot summer’s day. 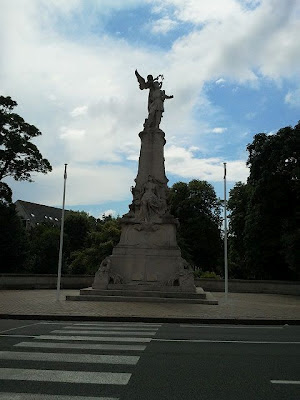 Located adjacent to Parc Richelieu, the Calais Fine Arts and Lace Museum plays host to work from Rodin, Pablo Picasso, and Dubuffet. For an entrance fee of €3, you can see plenty of artwork, including an insight into how Rodin’s famous Six Burghers of Calais masterpiece came about.

The War Museum is Calais is situated in the Parc Saint Pierre opposite the Town Hall and behind the Remembrance Monument. The museum offers insights into World War II with 20 rooms inside displaying photographs and objects depicting the event. Includes a series of interesting, interactive displays, and the entrance is just €6.

One of the closest attractions walking from the ferry terminal is Fort Risban. Situated along the coastline, there isn’t much left of this fort that came under siege from Edward III of England’s army in 1346, but remains a historic part of the coastal town and is nearby two monuments worth visiting.

Not far from Fort Risban and also near the coast stands the tall Calais Lighthouse. Viewable from a distance away, a walk from the fort to the lighthouse will take you pass the Bassin du Paradis and a couple more monuments. For a €2.50 entrance fee, you can climb all 271 steps for a pleasant view over the Channel and town from the top.

Calais plays host to several statues and monuments across town. Some of these pay tribute to wars, others to disasters and local heroes. Rodin’s Six Burghers of Calais monument outside of the Town Hall is perhaps the most famous. Others include a War Memorial, Remembrance Monument, and one of the inventors, Joseph Jacquard. There’s plenty of history in this town. 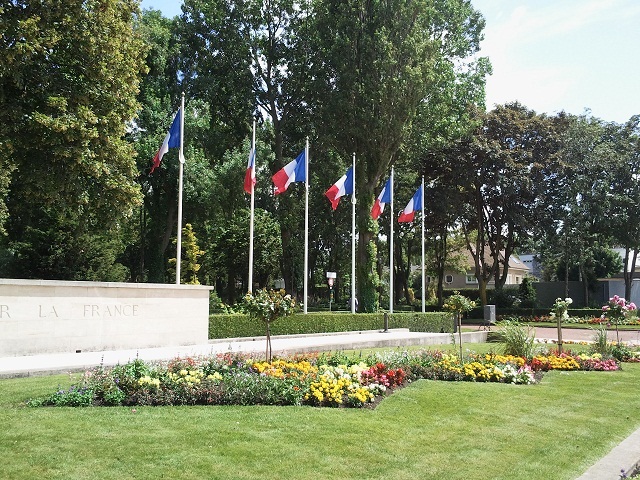 With a beach, historic landmarks, and beautiful parks, as well as a cheap and easy destination to visit if you’re making the trip from the south of England, Calais is a good option for a family looking for a weekend break on a budget.