Where to stay, what to see, and what to do in Kuala Lumpur, Malaysia 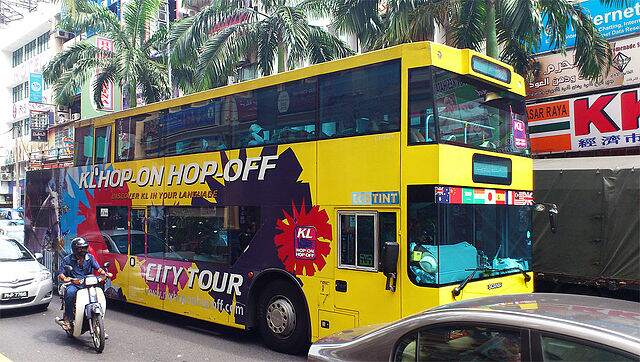 There are lots to see and do in Kuala Lumpur but the best place to start is by taking a ride on the hop-on hop-off bus that takes you past all the best attractions in the city. You can pick up this bus from most parts of KL but the easiest place to jump on is at KL Sentral railway station in the heart of the city. From there the bus takes you to the KL Tower, the Aquaria, the KL Convention Centre, Sungei Wang, and Bukit Bintang shopping areas, then to Berjaya Times Square, Chinatown, Central Market, and back to KL Sentral.


Fares for the KL hop-on and hop-off tourist bus are 45RMB per adult and 24 RMB per child. Children under 5 don’t need to pay. You can buy your tickets at the travel counter of your hotel, from the kiosk at Jalan Bukit Bintang, or on the bus itself. 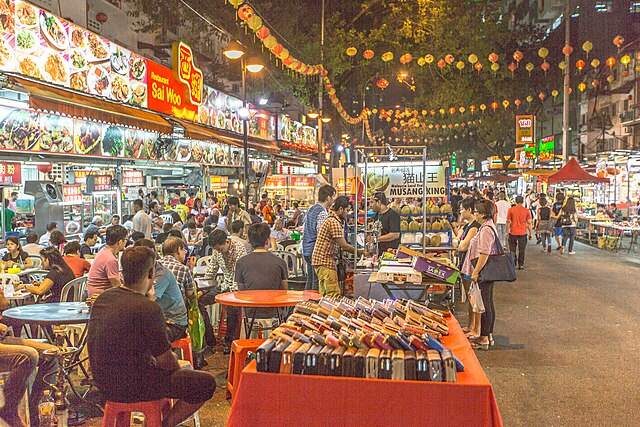 Just behind Bukit Bintang in downtown Kuala Lumpur is Jalan Alor, a quiet street of travel agencies and backpacker hotels during the day but a hot food street by night with some of Kuala Lumpur’s best and most popular street food and street cafes.

Jalan Alor can be a lot like the Chinatown images you see in American movies. Hot, smelly, crowded, buzzing with excitement, people crammed shoulder to shoulder queueing for tables. The food vendors here speak good English and charge a little more than the real street food prices, but it’s worth it. There is just so much food to choose from here it’s hard to pick out the best, but I always make sure to have some chicken satays, a plate of stir-fried Kai Lan (green vegetable with oyster sauce), and a Malaysian curry noodle dish called Char Kway Teow. If you’re really adventurous, try the frog on a stick!

The food vendors employ touts to try to get you to go into the first restaurants at the top and bottom of Jalan Alor, but just walk past them. The reason they employ touts is that they don’t get very many repeat customers. If you choose a table on the edge of the roadway you’ll wish you hadn’t, even though it looks appealing to watch the passing parade go by. You’ll be choked by motorbike fumes and pestered by beggars and people trying to sell you gadgets and souvenirs.

Just behind Jalan Alor is Jalan Chungtak which has some of the best bars in Kuala Lumpur as well as cheap massages and lots of market stalls.

I keep saying I don’t really like temples, but I go to many of them. Sri Maha Mariamman Temple up behind China Town in Kuala Lumpur is one of those temples you need to see even if you have no interest in temples. It’s a stunning piece of classic Hindu architecture surrounded by some of the most unusual streets in Kuala Lumpur where just the sights of daily life have become a tourist attraction. If you happen to visit when there’s a religious ceremony happening (try 6 am when it first opens in the morning!) you’ll be entranced by the music and the rhythmic drumming, but even at other times, it’s fascinating just watching people praying there. The inside of the temple is just as interesting as the outside, but don’t forget to take off your shoes before you go in (ladies, cover your arms and legs too). 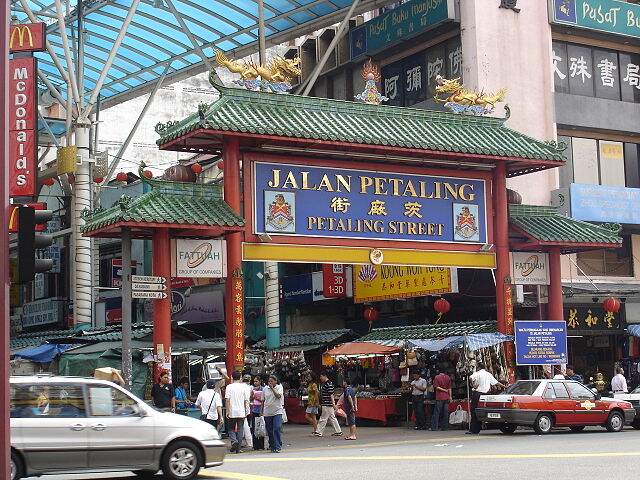 Although it’s certainly not what it used to be 10 or 20 years ago, KL Chinatown is still worth a visit and you’ll be amazed by what you can buy there. Don’t get confused between Petaling Street (where Chinatown is located) and Petaling Jaya (a suburb of KL) which is about 15 minutes walk away if you get dropped off in the wrong place.

It can be tricky to get to Chinatown on public transport, but it doesn’t have to be. Just take the train from KL Sentral to Plaza Rakyat station, then follow the signed walking path into Chinatown. Watch out for the pickpockets who may try to steal your purse, wallet, camera, or mobile phone if you’re not watchful. They are not dangerous, just annoying.

Chinatown is four blocks of street stalls and market shops with two pedestrian streets that cross in the middle. It’s full of traders selling everything from fake watches and DVDs to leather goods, luggage, electronic items, and almost anything else you can imagine. A lot of the brands are fakes but if you’ll never own a Rolex gold watch in your life then a good fake might be a nice souvenir – they generally work and at about US$15 they aren’t much of a risk.

Be prepared to bargain very hard in Chinatown! Most of the prices you’ll be quoted are double or triple what the trader will actually sell it to you for if you haggle hard. But don’t start negotiating unless you really are prepared to buy at the right price, because if you walk away too early in the bargaining they will give you tongue-lashing and even chase you up the street. 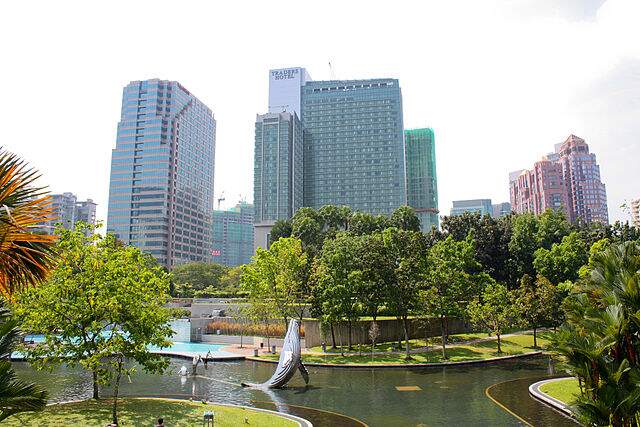 While Kuala Lumpur has been a major international airline hub and a magnet for Asian travelers for decades, the accommodation in this city is surprisingly bad! It’s very easy to end up in a hotel or guest house that you hate, either because it’s poorly run or because it’s just too far from everything.

If you’ve never visited Kuala Lumpur before it’s really hard to figure out which part of the city to stay in. The most popular areas for tourists are Bukit Bintang, Chinatown, and Petaling Jaya, but there are also lots of hotels and guest houses located in places like Bangsar, Shah Alam, and Subang which are much further away from the action.

There is a great mix of both luxury and budget accommodation in Bukit Bintang. If you prefer to stay at the budget end (and we usually do), here are some suggestions:

Budget Inn Kuala Lumpur is a budget backpacker hostel with bunk bed dormitories on the higher floors and standard rooms on the lower floor. Still, it’s very convenient to Bukit Bintang shopping street and Jalan Alor food street. They serve a basic breakfast of eggs, bread, and coffee or some Nasi Lemak and you don’t have to wash your own dishes. Some of the rooms have no windows but most have air-conditioning and wifi. Room rates start at about US$20 per night.

Izumi Hotel Bukit Bintang is just a little more up-market with nice, comfortable rooms that are a bit smaller than the photos might suggest. It’s also the cheapest hotel in Bukit Bintang that serves breakfast right to your room and a free newspaper, just like being in a real hotel! Room rates start at around US$45 per night.

Unashamedly aimed at young travelers, the Wolo Hotel is one of the new style poshtels in Asia, and its location very close to Bukit Bintang station makes it a popular choice for well-heeled backpackers. It’s usually jam-packed with young guests on their way to or from somewhere exotic. The lobby looks a bit crass with its fake designer decorations but the rooms are clean and spacious and the air-conditioning and wifi work well. If you can’t find the toilet in your room, look in the wardrobe! Room rates start around $80 a night.