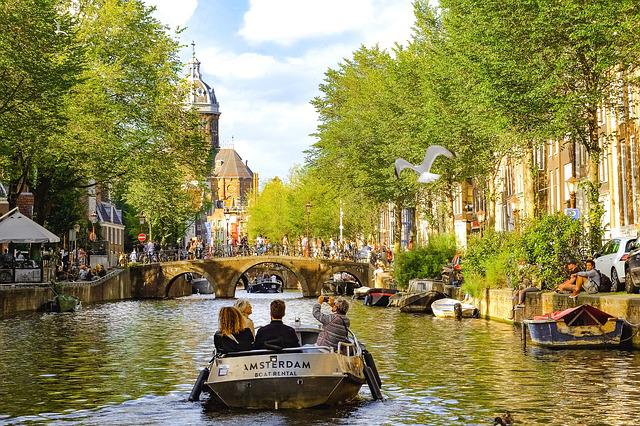 When you think of Amsterdam, what is the first thing that pops into your mind? Actually, don’t answer that, we don’t want to know. Unfortunately, Amsterdam has got itself a bit of a reputation for being the ultimate holiday destination for teenage boys, even though it has so much more to offer. We’ve called this guide some ‘unusual’ reasons to visit Amsterdam, but really we think these ideas make much more sense than visiting coffee shops.

Much like Venice, in Italy, a lot of Amsterdam is accessible via boat along winding canals and waterways. However, unlike Venice, it won’t cost you an arm and a leg to hire one for the afternoon. Take a leisurely cruise down the canal and see Amsterdam from a whole new perspective. If you book in advance then try to go for an early evening slot, for a romantic sunset on the water.

The flower market in Amsterdam is famous, mainly because half of the stalls are floating on the water! Many of the traders have kept to the same selling traditions (if not prices) of when Bloemenmarkt first started in the 1860s. It looks and smells beautiful; something you really shouldn’t miss out on.

The Anne Frank house (Anne Frankhuis) is situated right in the center of the city, so is easily accessible from any of the hotels in Amsterdam and surrounding areas. The building itself was saved from demolition after the war and is now home to some of the most incredible findings surrounding the suffering many Jews endured at that time. Anne Frank’s diary obviously takes pride in place in the museum.

Anne Frank’s Museum is only the third most popular in Amsterdam, which just hints at the amount of culture to be found in the city. Other notable cultural hotspots include the Van Gogh Museum, The Rijksmuseum, Rembrandt House, and Our Lord in the Attic Chapel. There are over 70 museums in Amsterdam city alone; plenty to keep you occupied if you’ve run out of things to do. To save money, invest in a Museumkaart, which grants you access to 34 of the Amsterdam-based museums and nearly 300 in the Netherlands altogether.

This 125-year-old concert hall has played host to some of the greatest musicians and composers of our time. Concertgebouw is an exquisite piece of architecture that will leave you awe-struck from feet away. If you’re lucky enough to be visiting Amsterdam when they’re playing, you simply must go and see The Royal Concertgebouw Orchestra perform live; it’s out of this world.

Around 10 million visitors each year to Vondelpark make this one of the most popular outdoor areas in Amsterdam. 120 acres of beautiful scenery, impressive statues (including one by Picasso), an open-air theatre, and several bars and restaurants, all make up the Vondelpark area. This is the perfect place for a romantic picnic or a leisurely stroll during your holiday.

If Amsterdam was low down on your places to visit list before, we hope we’ve bumped it back up for you. It truly is an amazing place, so don’t let one part of it put you off from going completely. 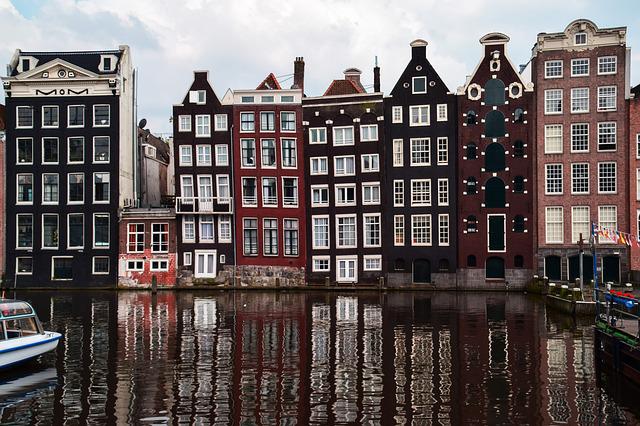 Morocco in Motorhome: tips and itineraries