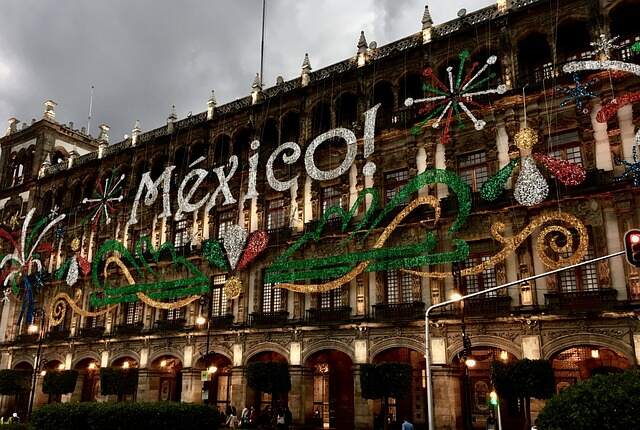 Mexico City is a vibrant and lively city filled with history, museums, and a great mix of cultures. It also happens to be the second biggest city in the world in terms of population with over 18 million inhabitants. Mexico City also has the advantage of being very affordable, making it easy to get around and see a lot of the sights. Here is your guide to the best of the best in Mexico City, Mexico.

All housed within one area, the Chapultepec Park, Castle, and Zoo are a fantastic way to spend a day in Mexico City. This is one of the largest parks in the world, so it only makes sense that it’s far more than a park. In addition to the zoo and castle, you can also visit the marine life park, Atlantis, and La Feria amusement park. You can get around the vast park by a simple stroll, by boat, or even by taking the mini train.

As one of the largest public plazas in the world, the Zócalo is the heart of Mexico City. Within the square are Templo Mayor, La Catedral Metropolitana, the Palacio Nacional, and the Plaza de la Constitución — all famous Mexico City landmarks.

Near the cathedral on the Zócalo is Templo Mayor, The Great Temple. This former Aztec Temple has been expertly excavated and converted into the most accessible museum about the Aztec people. The archaeological site outside the museum also showcases the famous Pyramid of Huitzilopochtli, unearthed in 1976 and, like the temple, since restored.

Also found within Chapultepec Park, this massive, world-class anthropology museum houses a vast collection of sculptures, jewels, and artifacts from ancient Mexican civilizations such as the Olmec, Mexica, Maya, Golfo, Aztec, and others.

Frida Kahlo and her painter husband, Diego Rivera, are two of the biggest names in Mexican art history. It’s not surprising, then, that they have two museums in Mexico City in which they play central roles. The more popular Frida Kahlo museum is a tour through their old home, “Casa Azul,” and sheds insight into Kahlo’s eccentric appearance, art, and lifestyle.

Leon Trotsky gained asylum in Mexico in 1936 with the help of Rivera. His museum offers a real sense of how Trotsky was hemmed inside his fortress house until the day he was killed.

No trip to Mexico City is complete without a visit to Zona Rosa, one of the most popular areas of the city. After all that touring and history learning, you’ll need some time to relax and unwind. Zona Rosa boasts an array of bars, restaurants, and nightclubs. Looking presentable is expected in the best nightlife area in the city.