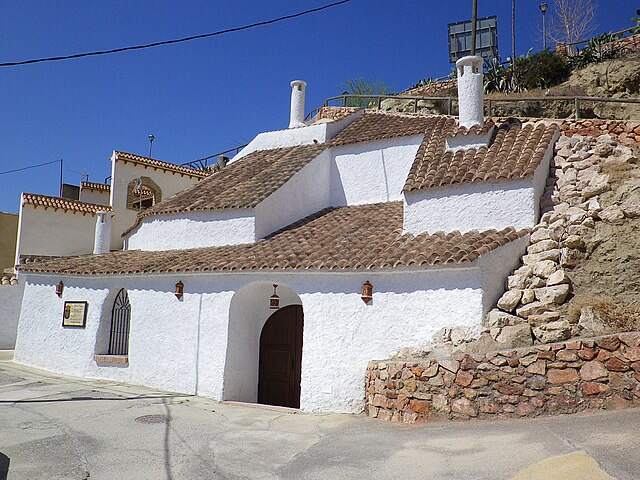 When a friend said she’d had a great time staying in a cave in Andalucía and suggested that I try it too, my first thought was ‘does she not know me at all?’ I have never enjoyed roughing it and left my one and only camping trip after just one night suffering discomfort under the stars. Living in a cave and squatting around on a dusty ledge inside a cramped crevice sounded like my idea of hell, but when she told me a little more about the cave house she had stayed in and showed me the photos, I understood why she was recommending it. The people of the Andalucía region of Spain have been building cave houses, or Casas Cuevas, in the rocky hillsides for many centuries and have developed sophisticated ways of building that are far from just a primitive, hollowed-out space.

There are several letting agencies that specialize in Spanish cave houses and it was very easy for me to choose the perfect one. I was surprised at the huge variety of shapes and sizes, with some houses having ten or more bedrooms and including hot tubs, swimming pools, and Jacuzzis. I went for a relatively simple two-bedroomed cave house in the tiny village of Cortes de Baza. This had everything you would expect from a Spanish holiday home, including a kitchen with all appliances including a fridge-freezer and a gas oven and hob. There was a bathroom, complete with a shower, and a living room that had a dining table that seated eight and a huge wood-burning marble fireplace. The only thing missing was air-conditioning but even though the temperature outside the house regularly hit the 40s during the time we were there, inside the cave house the thermometer did not rise above 18C. This wonderful natural coolness is what first led the people of the area to hollow out the stone and build their houses within the rock face. Their sheltered, underground location also keeps them warm and cosy in the winter. Another big plus of our cave house was a large private swimming pool in the lovely gardens outside the house.

Cortes de Baza, like most of the villages in Andalucía, is a farming village and the pace of life there is slow. Tourists come to stay for peace and tranquility and to enjoy the timeless atmosphere of the valleys, gorges, and pine forests. The village is close to the Sierra de Baza Natural Park and to Lake Negratin, allowing us to spend many days hiking in the unspoiled countryside. There were several small shops in the village where we could buy groceries and there was a weekly market. The larger towns of Baza and Orce were five or six miles away and the historic city of Granada was less than a 2-hour drive to the south.

Andalucía lies in the southernmost part of Spain, a region that is a long-time favorite with British holidaymakers and has very good transport links with the UK. We chose to fly from our closest airport which is Manchester Airport, getting there by taxi, but other options include self-drive and train travel.

The closest airport to our holiday home was Granada, which has a flying time from the UK of around 2 hours and 30 minutes. British Airways have regular direct flights to Granada from many UK airports, and Iberia and Vueling Airlines offer indirect flights from many UK locations. Alternative Spanish airports include Malaga, a two-hour drive away, or Alicante, which is two and half hours from Cortes de Braza. Both these airports have numerous flights from all UK airports, both scheduled and chartered. 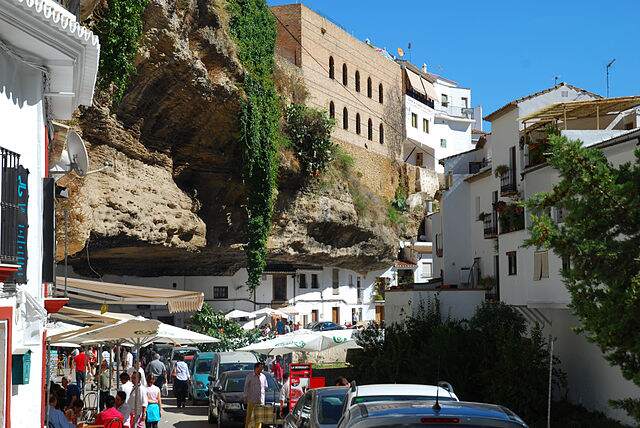 The road journey from the UK to Andalucía takes around 24 hours and involves taking a cross-Channel ferry or using the Channel Tunnel, traveling on the A10 down through France and around the Bay of Biscay before travelling south through Spain via Madrid to Andalucía.

Taking the train to Andalucía

Train travelers need to first take the Eurostar from London to Paris, where they can catch the direct TGV high-speed train to Barcelona which takes about 6.5 hours. From Barcelona, local Spanish trains will take around seven hours to travel to Granada.