A recently declassified map from the Dutch archives shows a Nazi treasure buried near Ommeren (Netherlands). It would contain part of the safe of the Rotterdamsche Bank in Arnhem, which was bombed in 1944. Despite the research, however, the treasure has never been found, which invites some to think that the story may have been invented. 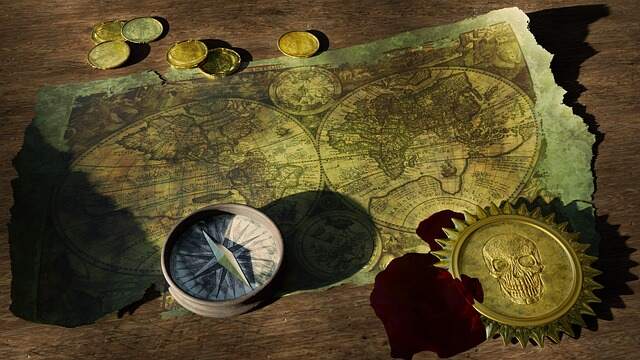 Nazi treasure could be buried near the city of Ommeren (Netherlands). This is in any case what seems to indicate a map of the Dutch national archives that was declassified at the beginning of the 2023 school year, reports the Spanish daily El País, relayed by Le Point Saturday, January 7. For the time being, however, the three research sessions organized by the authorities have remained unsuccessful.

This map, which belonged to a German soldier named Helmut, is part of the 1,300 pages of documents made public by the Netherlands at the beginning of January 2023. According to the archives, the treasure to which she refers was buried in 1944. It would contain part of the contents of several safes of the Rotterdamsche Bank, located near Arnhem, for an estimated amount of more than 17 million euros, says The Guardian.

According to Helmut, who was present at the time, a bomb dropped by the Allies in the Netherlands blew up the walls of the bank's vaults, throwing jewelry, gems, and luxury watches into the streets. Three soldiers of the German army then decided to pick them up and put them in ammunition boxes. These would then have been buried in Ommeren, with the idea of recovering them once the war was over. However, two of these three men are believed to have died before 1945, and one has never been identified.

Three research sessions, organized with the help of Helmut, have already been carried out near Ommeren, without success. The story could have been totally invented, especially since according to historian Joost Rosendaal, no bank was bombed just before the arrival of the Allies in Arnhem. However, several banks were looted. The treasure could therefore have already been recovered.