There are innumerable reasons to travel to England. For many, the main allure is the capital city of London, which remains one of the most visited cities in the world. This is probably due to the fact that a lot of people traveling from North America fly into London before moving on to the rest of Europe.

Even so, London is one of the most fascinating cities in the world for tourists, offering everything from old-world relics to modern-day attractions. But London isn’t all that England has to offer. There are countless interesting cities and towns around the city, and among them, there are a lot of interesting events that make for popular draws.

Sometimes catching a specific event is the best way to get a feel for the culture of a country or region. With that said, we wanted to go through some of the better events to attend, not just in London but all around England. 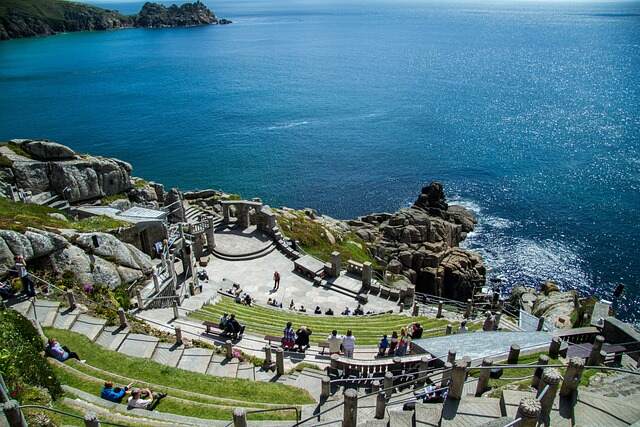 This isn’t a single specific event but rather a series of performances that lasts throughout the summer. The schedule of performances includes everything from Shakespearean comedies and dramas to shows like Treasure Island and Spamalot. As you probably know the English pride themselves on excellent theater, but the real draw here is the venue itself.

Cornwall’s Minack Theater is an open-air complex built right over the sea. It makes for an incredibly pleasant place to spend a summer evening and makes an event out of just about any play or show that’s happening on any given night.

It’s actually unclear if this is going to be an annual event or not. But this year Hadrian’s Wall in the north of England saw the world’s biggest Roman cavalry reenactment as part of a months-long celebration of Roman history coordinated by multiple museums. It would be really cool to see the Roman cavalry in action, but even if this doesn’t become an annual tradition the idea of a trip to Hadrian’s Wall is alluring.

Once upon a time, it was a massive and intimidating structure built to keep wild northern tribes away from the Roman outposts on the British Isles. It’s still impressive today in its length and ambition, and pop culture fans might be interested to learn that it was supposedly the inspiration for George R.R. Martin’s wall in the book series (and TV show) A Song Of Ice And Fire. 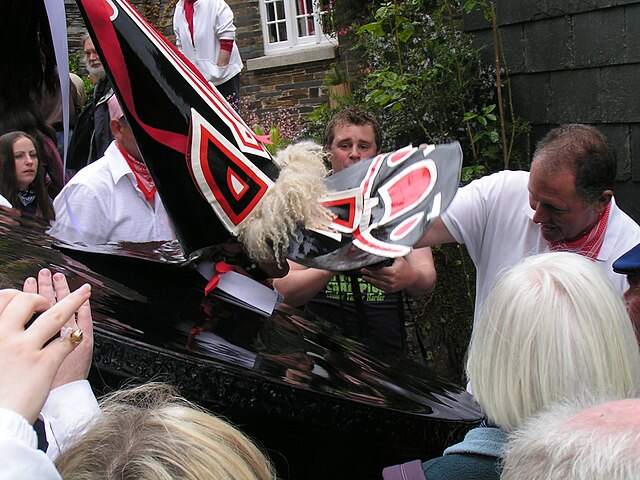 This is a festival that takes place on May Day (May 1st) every year in Cornwall, and it’s one of the better street celebrations you’ll find in England. The tradition of the event dates back to the Celts, who celebrated May Day themselves.

Nowadays, there are some traditional elements to the occasion, but for most people, Obby Oss is an excuse to get outside, enjoy some food and drink, and watch a parade moving through the streets. It’s a simple celebration, but one that gives a whole town an excuse to let loose and enjoy an otherwise random day. 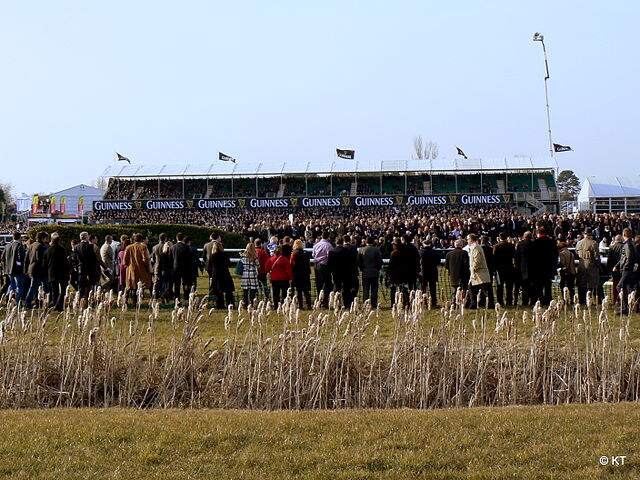 If you’re interested in horse racing there are a lot of different competitions to choose from around England throughout the spring. The Royal Ascot is perhaps the most prestigious of the bunch, and the Grand National is wildly popular among fans. But the Cheltenham Festival near Gloucester is wonderful even if you don’t happen to be a horse racing fanatic. It’s a four-day event that takes place in mid-March, just in time to celebrate St. Paddy’s Day (which is a big deal even on the racing grounds).

There are restaurants on-site, as well as a Guinness-sponsored pavilion. Spectators also like to dress extravagantly, in the spirit of the sport. The racing is also top-notch, but the Cheltenham Festival is primarily an excellent excuse to enjoy some outdoor festivities early in the year. 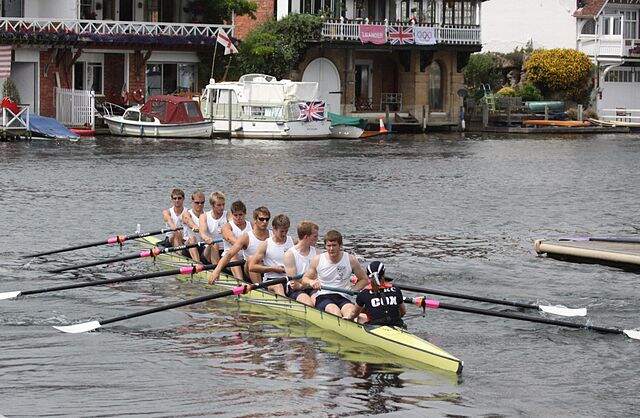 This is technically another sporting event, as it’s a big deal for all kinds of different rowing teams around England. From a spectator’s standpoint, it’s a great reason to spend a morning or afternoon on the river.

The Henley Regatta is a series of rowing races that are held in early July over the course of several days, starting in the town of Henley-on-Thames. It’s been held nearly every year since the 1830s. You only need to find a spot by the river to watch the boats go by, invite some company, and set up a picnic basket and you’re good to go.