When you’re planning your next beach escape or getaway, Ireland doesn’t usually come straight to mind. However, this country has an impressive coastline filled with lovely small towns, gorgeous beaches, historic castles, and incredible pubs. The foodies won’t be left disappointed with over 40 Michelin guide-recommended restaurants and pubs. Would you also believe people travel around the world to surf here? 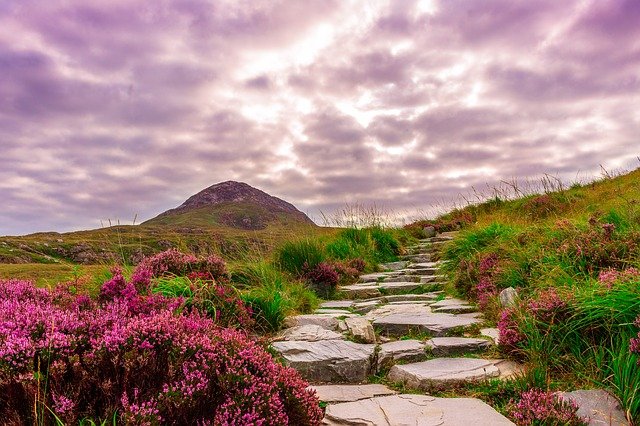 Right on the frontier between Ireland and Northern Ireland is the town of Carlingford. Notorious for its fortifications this village has preserved most of its medieval heritage.

Start your Journey with a view of King John’s Castle, a historic fortress that was built around the 12th century to help Normans control access to the Carlingford Lough. Visiting the merchant house known as Taaffe’s Castle and end with a walk around another famous medieval house fort, The Mint.

You can’t miss the Leprechaun and Fairy Underground Cavern. You will wander through the park while listening to the stories of The Last Leprechauns of Ireland.

Finish your day with some tasty oysters at PJ O Hare’s, they are Carlingford's pride and joy.

Set in Donegal county, Bundoran is a jewel in the Irish northwest.

This town is famous for being considered a surfer’s mecca, with thousands of visitors coming in for a chance to ride the waves on Bundoran Beach or enjoy the sand dunes at the Tullan Strand.

If you aren’t too keen on the beach, you can visit the Fairy Bridges. Make sure you listen to the stories about these centuries-old sea stacks that were believed to be haunted by fairies. Don’t leave without visiting the Wishing Chair, a rock formation considered by many to be magic.

The Peak restaurant has a mighty impressive view of the sea & sunset. They also serve some delectable seafood as well!

Located in the county of Mayo is the seaside village of Louisburgh. A town was built in 1795 to house catholic refugees running from the conflict in Northern Ireland.

For those with a thrill for adventure, there is the option to climb Croagh Patrick, a 5000-year mountain, where the legend says St Patrick banished snakes from Ireland. This hard climb is done every year by thousands of tourists as an act of pilgrimage, and it also offers fantastic views of Clew Bay.

If climbing is not your thing, you can enjoy a calm day at the beach, as Louisburgh is home to Bertra, a popular spot for kitesurfing and windsurfing. Don’t miss Old Head, a sandy beach, famous for the rock pools it shows when the tide is low.

The small village of Ballyvaughan is quite a hidden gem. Begin your day, walking amongst the wilderness in The Barren, and enjoy landmarks such as Poulnabrone Dolmen, a portal tomb that dates back to the Neolithic era.

Also in The Barren area is Aillwee Cave, one of Ireland’s oldest caves. You will be amazed at the views of stalagmites, an underground river, and a small waterfall. There are even some bear remains there!

If you rather enjoy your time soaking up some sun, Bishop’s Quarter is a small beach, that is never crowded. End your day with a walk down the harbor, and enjoy a warm chowder at Monks Pub.

Within the county of Kerry, Killarney is famous around the Irish southwest, as the perfect spot for outdoor activities, as it’s a usual starting point to tour the Ring of Kerry.

Start your day walking around The Killarney National Park and visit Muckross House, a 19th-century mansion where Queen Victoria stayed in 1861. After wandering through the grounds, make sure to see the ruins of Muckross Abbey, a 15th-century Franciscan friary that is well preserved until this day.

For a more exciting activity, take a hike in the park and see Torc Waterfall, or head out for a trip to the Gap Of Dunloe. Finish your day back in the town, with a visit to Bricin and order a staple in Irish cuisine: the boxty.