The ancient capital of the Khmer empire for over 300 years 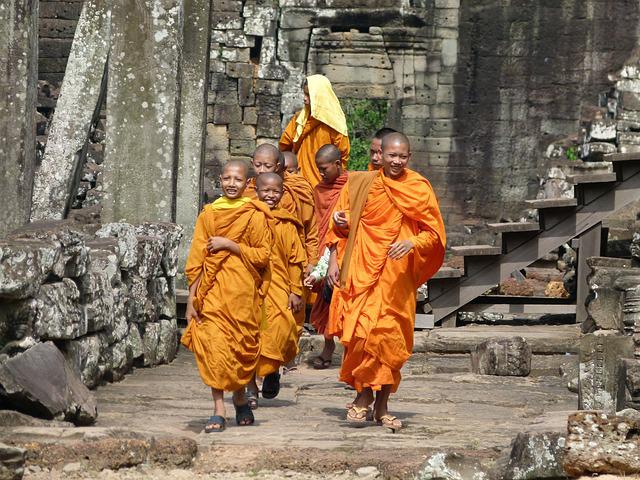 Angkor Wat is arguably the most important temple complex in the world and an amazing place to appreciate what the ancient Khmer civilization was able to achieve in the 9th century in terms of a civic organization, large-scale engineering, planning, architecture, and design. I’m not that big on temples, but the Angkor Wat temple complex in Siem Reap, Cambodia, really blew me away.
Where is Angkor Wat?

Where to stay in Siem Reap To see what this amazing historical and archaeological site has to offer, you will need to stay in Siem Reap for 2-3 nights. We usually stay at Motherhome Guest House (an odd name for a boutique 4-star hotel) where we get treated like family for around US$25 a night. But there are many great places to stay in Siem Reap.

Where ever you choose to stay, Siem Reap is a small city and it’s easy to walk to Pub Street where all the excitement can be found after dark. Walking lets you see real life in Siem Reap which is like a sleepy country town or something out of a colonial adventure movie.

How to see Angkor Wat

Every trishaw (remork) and taxi driver in Siem Reap will be keen to offer you a tour of Angkor Wat and you could do it that way, but for my money, I’d rather arrange it through the hotel. Our hotel had lots of pre-approved trishaw and minivan drivers who could be booked for day tours. Our hotel provided a packed lunch and our driver provided drinks and snacks. It can be a long, hot day so it’s best to be prepared.

On day one, focus on the massive central Angkor Wat temple, the largest religious structure on the planet. It takes a full day to explore this complex inside the moat and you really want to be there for the sunrise where you’ll find lots of people lined up for the amazing view. 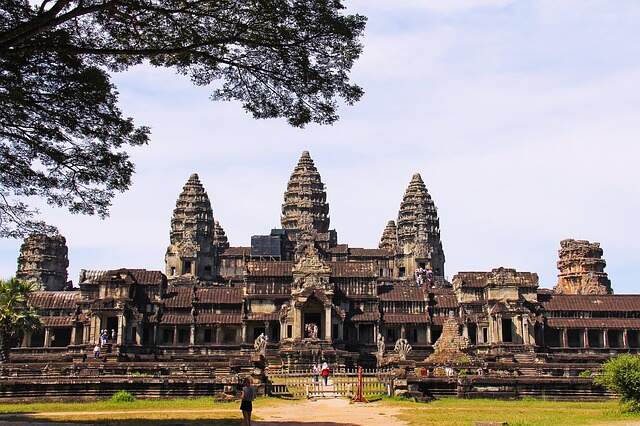 The temple design reflects Mount Meru, a temple mountain where the deities supposedly lived in Hindu mythology. Angkor Wat stands a the center of a huge square which is itself surrounded by a square, man-made lake with wide walkways at each end. The five towers of the temple complex represent the five peaks of Mount Meru and the water surrounding the temple represents the ocean. Although now a little worn down, it’s still an amazing architectural and engineering achievement that was one of the ancient wonders of the world.

On day two, explore the inner network of temples that surround Angkor Wat. Angkor Wat is only one temple complex in an archeological park that covers more than 400 square kilometers and tells the story of a civilization that rose and fell over 300 years.


While Angkor Wat stands at the center of the park, it’s neither the largest nor the most significant temple in the complex, just the most famous. If you saw the movie Lara Croft, and Tomb Raider, you will already have seen some of the next famous temples of Angkor, Ta Prohm.


With giant trees growing seemingly right out of the stone, Ta Prohm was originally a Buddhist monastery and a university and little has been done to restore it, which is part of the charm. Ta Prohm is best seen first up in the morning before the crowds of bus tourists get there as it’s understandably very popular.

Plan to spend about 1-2 hours exploring this temple. Avoid climbing over the stone structures as they are already crumbling and breaking apart. Stick to the main tracks through the temple as there are many dead ends and there is still a possibility of uncleared land mines in some areas. 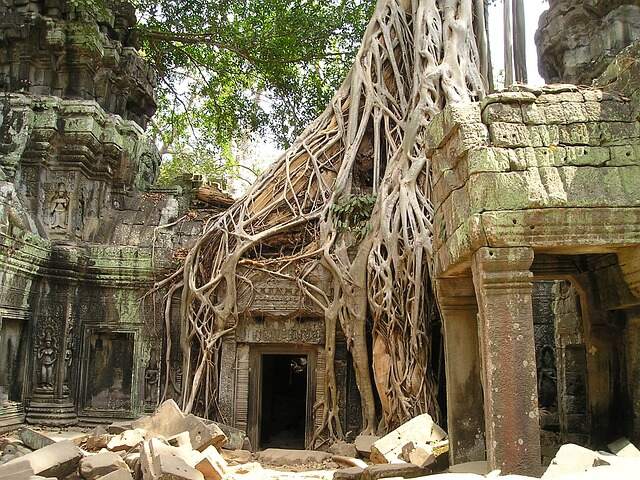 The next temple to visit on Day 2 is Bayon, one of the last to be built in the 12th century and sometimes called the temple of many faces. It stands testament to the cultish nature of King Jayavarman VII who was the great architect of much of Angkor. But the faces are not his, as many people think, they are the face of the “Lord who looks down”, the compassionate Buddha. Bayon was intended to represent the intersection of heaven and earth.

You need to allow at least an hour to explore Bayon and midday is the best time, as most of the bus tourists are having lunch somewhere else. Explore the bas-relief carvings along the walls of the temple complex for a visual history of Angkor in the more than 10,000 carved (and once-gilded) figures.

Banteay Srei is one of the most remote temples in the Angkor Way archeological park, being almost 40km from Siem Reap and 25km from Angkor Wat. It should be the last temple you visit on Day two to see the sunset over the red sandstone. This is a temple devoted to women and many of the buildings appear to be miniatures of other temples and buildings around Angkor.

On day three get right out of town by visiting Kbal Spean, about 50 km north of Siem Reap, and a strenuous climb through the jungle to the top of a small mountain. But when you get there you’ll understand why so many people do this hike. Kbal Spean, which literally means “bridgehead”, was the prototype for the entire Angkor Wat temple complex and consists of a range of underwater carvings dedicated to female deities.

The river flowing down from the top of the mountain has been harnessed as a series of Hindu spiritual sites with stone carvings under the water for a length of about 150 meters, representing all kinds of Hindu deities and many animals as well. Allow about three hours to do the climb and explore all the different aspects of this amazing site.

On the way back from Kbal Spean, take a detour to West Baray Lake which was one of the main water storage reservoirs when Angkor was a city of a million people. Now it’s just a great place to relax and chill out while you try to figure out how people with stone tools and no machinery built something on this huge scale 1000 years ago. It’s also a nice place to swim on a hot day, but keep your shirt and shorts on.

Have you visited Angkor Wat? Share your experiences in the comments below. We’d love to hear what you thought were the best places to see and the best things to do here.