If you’re thinking about traveling to Beijing this year, you might already find that there’s simply so much to see and do that you are struggling to plan an itinerary for your trip. We’ve been to China five times now and even been lucky enough to live there for a year, but I sometimes still feel we’ve barely scratched the surface.
In this 7-day Beijing itinerary, I’m going to discuss a dream itinerary for a one-week Beijing holiday. Not so much what we did on our visits, but what we should have done! These may be helpful to you in planning your own Beijing itinerary. Keep in mind that you won’t see everything even in a week, but at least by following this itinerary you’ll make the most of the time you have. 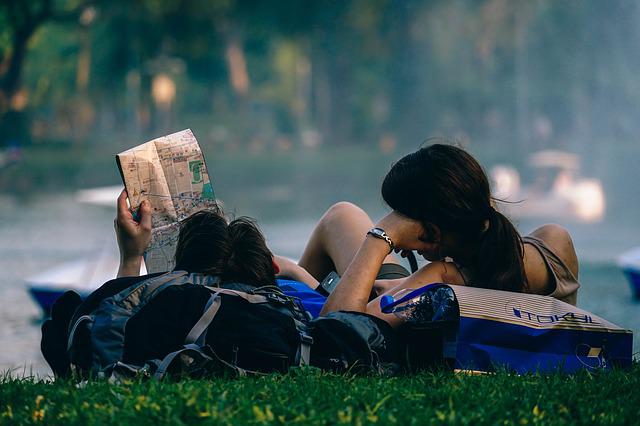 If I was only going to Beijing for 7 days and this was my first trip to China, my focus would be on what to see and experience close by. Even then, there’s so much to try to squeeze into just one week that you have to know what you’re doing!
Beijing is in the north of China, about 150 kilometers inland, and has very hot summers and very cold, windy winters – so you need to plan your visit to Beijing in the Spring or Autumn (northern hemisphere) to avoid the extremes of temperature. We visited Beijing in Winter and it’s still bitterly cold with -10C overnight temperatures, biting wind chill, tops of 5-10C in the daytime, and heavy snow. We enjoyed it as we have little experience of snow, but you might not like it. Temperatures in July and August can be over 40C and even in Spring, you may find your visit spoiled by blinding sandstorms off the Gobi Desert. All in all, the best time to visit Beijing is September when the daytime temperatures average around 25C and the overnight low is around 15C.
Don’t plan anything on the day you arrive in Beijing. By the time you get through customs and immigration, get to your hotel and unpack, all you’ll want to do is check out the neighborhood and figure out where you’re going for dinner. We think the best place to stay in Beijing is in the “hutongs”, the old streets with traditional courtyard hotels and narrow laneways where real people live and work. A lot of the hutongs were knocked down to build more accommodation for the Beijing Olympics in 2008, but there are still a few good hutong hotels left where you’ll get a feel for the “real China”. 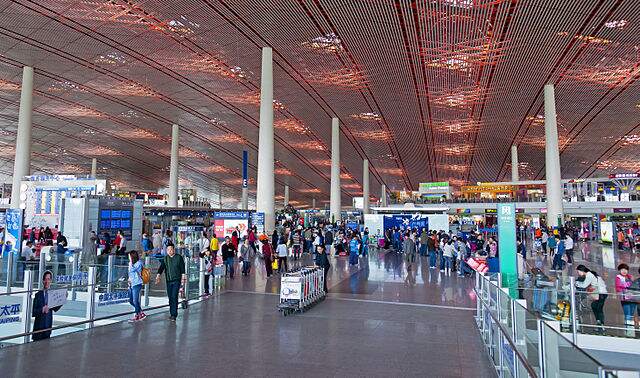 One of the best hutong hotels is Han’s Royal Gardens Boutique Hotel in the Qinlao Hutong. Its location is just five minutes walk from the subway station at Nanluoguxiang and a short stroll from two of Beijing’s nicest historical districts (Houhai and Nanluoguxiang) making it ideal for exploring on foot. The hotel has a stunning traditional Chinese courtyard design with a Chinese restaurant, a lounge, a theater, a spa, and even a cigar bar. If you can’t get into this hotel (or find it too expensive), there are a few other similar hotels:
On day two of your visit, plan to spend an easy day exploring Tiananmen Square (the site of the student protests in 1989) and the Forbidden City, home of the Chinese Emperors from the Ming Dynasty to the Qing Dynasty. These are vast places to explore and you’ll spend a whole day but still probably not see everything. Get yourself into the Forbidden City as early as possible as they now only allow 80,000 visitors a day (gates open at 8:30 AM). Understand that when you leave the Forbidden City it will most likely be by the South Gate so you’ll be a bit disoriented – don’t be tempted to hop into a rickshaw to go home from here as you’re likely to get a nasty experience. Just follow the wall to the left (west) and you’ll come to the stunning Middle Sea park where you can stroll up through the temples and gardens and get back to Tiananmen Square to continue your day. 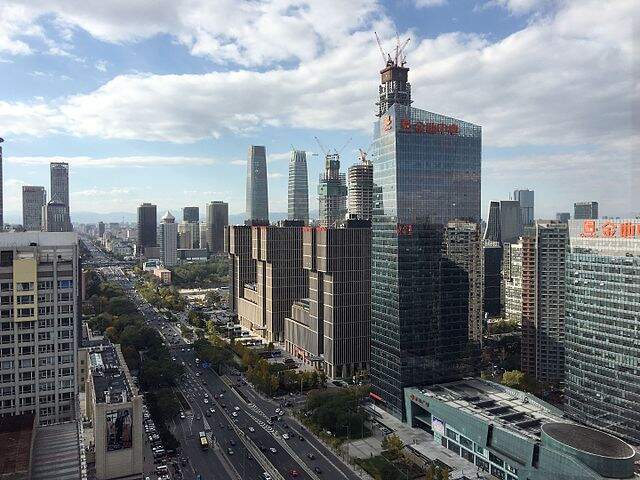 Take a bit of a rest on day three by exploring the city streets where you’ll find some amazing walking streets full of modern shops bulging with the best brand names from around the world. You can have a coffee at Starbucks and have lunch in the vibrant and eye-boggling Wangfujing Snack Street, just off busy Wangfujing Shopping Street where you’ll find some of the best street food in Beijing (try the Muslim lamb kebabs and candied fruits) and some of the most amazing too (like insects on sticks, scorpions, etc). If it’s Saturday or Sunday, spend the afternoon exploring the Panjiayuan Antique Market where you’ll find some of the best souvenirs to take home for family and friends. Otherwise, try Beijing Curio City (on the 3rd Ring Road, so take a taxi) where you’ll find four floors of Chinese antiques and curiosities.
Spend day four exploring the Great Wall of China. Most tours will take you to Badaling, which is OK but not really very authentic (most of this section of the wall was rebuilt in recent times). For a more authentic Great Wall experience, try to get to the Great Wall at Simatai! It’s so much better. Where ever you decide to explore the Great Wall, plan to spend the whole day as there is a lot to see and any organized tour is also going to include lunch and some mandatory shopping experiences in the afternoon. 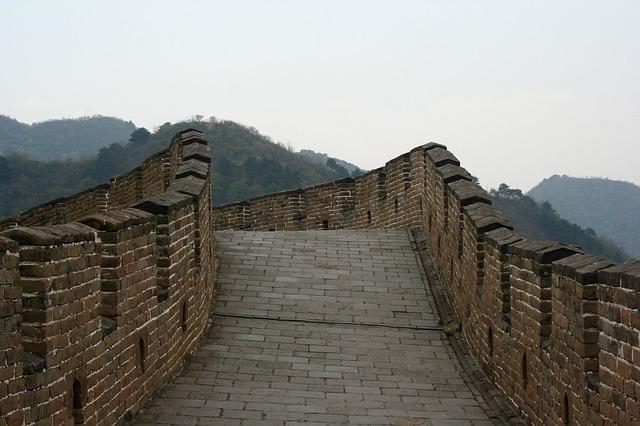 On day five plan to visit the Summer Palace (Yiheyuan), located on the northwest edge of Beijing (so take a taxi). This is where the Ming and Qing emperors went to beat the summer heat in the capital and it’s a pleasure palace of stunning gardens, lakes, pagodas and pavilions, bridges, and pathways. Although the British burnt it down in the Opium War in 1860, it was rebuilt to pretty much its original glory and was added to the World Cultural Heritage List in 1998. The Summer Palace opens at 6:30 AM in the warmer months and closes at 6:00 PM. The palace grounds cover about 290 hectares (over 700 acres) so plan to spend some time exploring this attraction! You can hire a boat from one of the eight wharves around the lake and you can eat in one of the three Chinese fast food restaurants in the Zhichun Pavilion or the Tingli Guan restaurant near the North Ruyi Gate. If you’re really desperate, there’s even a MacDonalds near the North Palace Gate … yuck! There’s also a kind of public train that stops at the main attractions.
On Day six we recommend getting a bit of history by following the Sacred Way to the Ming Emperor’s Mausoleum. This is also in the southwestern outskirts of Beijing and requires a taxi or tour, although you can apparently take the subway if you’re feeling adventurous. Along the way, you’ll pass through 18 stone gates (pairs of statues) and then the Dragon Gate and the Phoenix Gate. Inside, you’ll find some amazing sights like the 12 guards and officials carved from stone, the 24 guardian animals (lions, elephants, and camels), the four divine animals (unicorn, dragon, phoenix, and tortoise), and explore the imperial necropolises. A bit further in are the Ming Tombs at the base of Tianshou Mountain where 13 Ming emperors are buried including Zhu Di, the first Ming emperor. At least take the time to explore the Changling Tomb of Zhu Di, which has three courtyards and two palaces so the emperor would feel at home in the afterlife. Also, check out the underground palace and the Ming Tombs Museum. 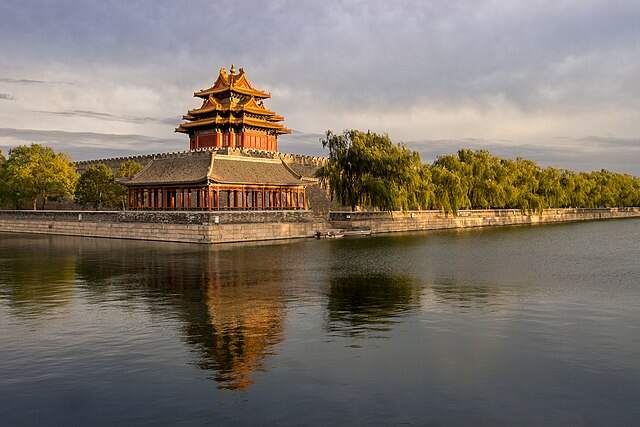 On Day seven, we recommend you take it easy. Have a look at some of the iconic buildings that are popping up around the city area like the “Bird’s Nest” stadium and the “Water Cube” stadium, both built for the 2008 Beijing Olympics, and the awe-inspiring (and impossibly angled) CCTV building near the World Trade Centre.
Have you recently visited Beijing? We’d love to hear about your experiences – where you stayed, what you did, and what you thought about the Chinese capital.